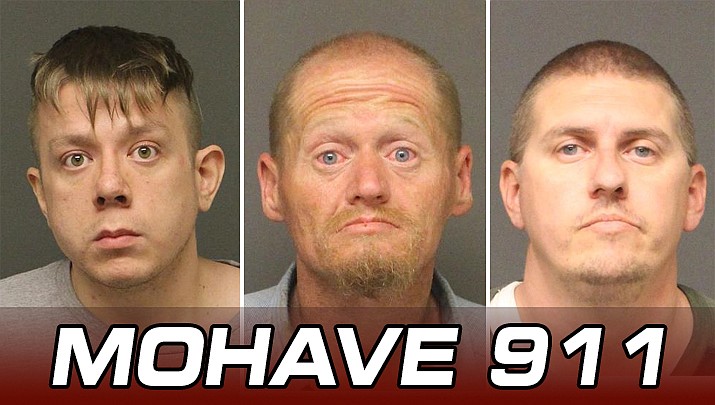 The Mohave County Sheriff’s Office made the following arrests for the week ending Nov. 1: 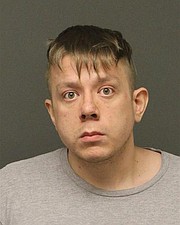 Assault with a weapon

Kingman resident Jonathan Alan Lancaster, 23, was arrested in Truxton after allegedly firing a weapon at the residence of a man who he thought had stolen his money.

At about 4:30 a.m. Friday, Oct. 11, Mohave County Sheriff’s Office deputies were dispatched to a residence in the 16000 block of East Apache Avenue in Truxton in reference to a suspected weapons offense.

Detectives responded and discovered the victim had received multiple messages from Lancaster throughout the night accusing him of stealing the money. However, the victim’s phone was turned off.

At about 11:10 a.m. Thursday, Oct. 24, a search warrant was executed at Lancaster’s residence in the 4500 block of N. Patsy Drive. During the search detectives located the vehicle described by the victimand a .40-caliber Glock handgun in the center console of the vehicle, which Lancaster allegedly admitted using to shoot at the victim’s residence.

MCSO and advised that after returning home from the shooting, Lancaster found the money that he thought had been stolen.

Detectives also report locating marijuana and marijuana wax inside the home during the search.

Lancaster was arrested on suspicion of aggravated assault with a deadly weapon, discharging a weapon at an occupied structure, marijuana possession for sale and narcotic drug possession, all felonies. He was booked into the Mohave County Adult Detention Facility. 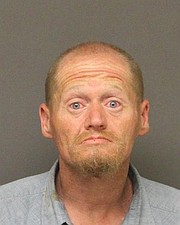 Mohave County Sheriff’s Office deputies arrested Murry John Olsen, 37, of Fort Mohave, after the motorcycle he was operating was reported as stolen out of Utah.

On Friday, Oct. 18 deputies observed a purple motorcycle driving on Highway 95 and that the rider was not wearing required eye protection. A traffic stop was initiated and the rider pulled into an alleyway in the 5500 block of Highway 95.

Deputies made contact with the rider, identified as Olsen, who could not produce his driver’s license or tell deputies his name. Deputies advised Olsen he would be arrested for failure to identify and began to detain him, at which time law enforcement says Olsen advised deputies he had “meth” on his person. Deputies conducted a pat search and reportedly located a baggie with one gram of suspected methamphetamine, another baggie with one gram of suspected marijuana, syringes, a pipe and other suspected drug paraphernalia.

A records check of the motorcycle’s license plate came back stolen out of Price, Utah. When asked, Olsen advised he had been working on the bike for a friend, but reportedly would not say who his friend was.

Olsen was arrested on suspicion of felony charges of theft of means of transportation, marijuana possession, dangerous drug possession, drug paraphernalia possession, all felonies, and a misdemeanor arrest warrant. He was booked into the Mohave County Adult Detention facility. 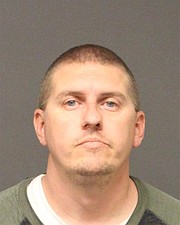 Mohave County Sheriff’s Office detectives arrested Larry Dennis Hayes, 34, of Golden Valley, on suspicion of three felony counts of molestation of a child after being contacted by the Department of Child Safety.

On Oct. 22, deputies were contacted by the Department of Child Safety in regards to an alleged child molestation.

Deputies made contact with the grandmother of the victim, who reported that the alleged molestation of the 13- year-old male victim had occurred.

Detectives responded to a residence in the 7000 block of Chino Drive in Golden Valley and contacted Hayes, who the sheriff’s office says admitted to inappropriately touching the victim on three separate occasions.

Hayes was arrested and booked into the Mohave County Adult Detention facility without incident.