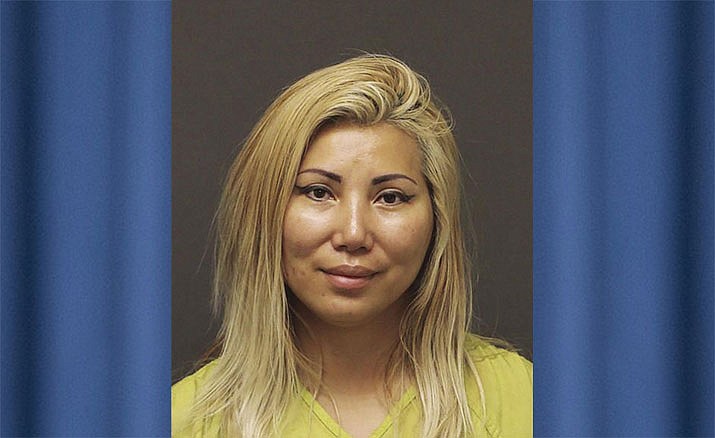 A woman awaiting trial for her alleged role in a Mohave County sex-trafficking ring is scheduled to appear in court this month.

Amanda Yamauchi, 47, was one of six people arrested last September in a two-year investigation by the U.S. Department of Homeland Security, the Lake Havasu City Police Department and the Bullhead City Police Department. The agencies conducted a sting involving seven massage parlor businesses throughout Mohave County which were allegedly involved in human trafficking and prostitution – four of which were owned by Yamauchi, herself.

Phoenix attorney Josephine Hallam filed a motion Oct. 29, requesting specific discovery items in the case. These items include any internal disciplinary reports or materials favorable to the defense from officers and agents involved in Yamauchi’s arrest. Hallam is also requesting any immigration or visa applications for the alleged victims and witnesses in the case; as well as documents or recordings related to immunity, testimonial or “free-talk” agreements with possible witnesses in the case.

Hallam also is requesting from prosecutors a list of Homeland Security’s internal policies, procedures and guidelines for conducting undercover investigations in sex-trafficking cases – including the consequences for violating such procedures.

Hallam is expected to appear in the courtroom of Mohave Superior Judge Billy Sipe to discuss the release of such information on Nov. 18, with the Mohave County Attorney’s Office.

According to investigators, Yamauchi was among the central figures in the alleged prostitution ring. Police received complaints of possible acts of prostitution at four Havasu massage parlors, and received alleged witness testimony from neighboring business owners during their investigation.

Homeland Security officials said last year that women from Asian countries were imported to the U.S., and coerced into performing sexual favors in exchange for money at each of the seven businesses in Havasu and Bullhead. The victims were forced to work in excess of 12 hours per day, seven days per week, and were forced to live in poorly-lit, unsanitary conditions, investigators said.

Homeland Security officials say that undercover agents at each of the massage parlors were offered sexual favors in exchange for money during the course of their investigation.

According to the Lake Havasu City Police Department, Yamauchi never reported any wages or earnings to the state of Arizona through the Department of Economic Security. Throughout 2018, she allegedly deposited and withdrew more than $10,000 in eight financial transactions.

As of last year, the U.S. Department of Homeland Security said only that the alleged victims were “safe and secure” following the operation.

In July, Yamauchi’s attorney filed a request for a change of venue in the case, stating that media exposure from multiple news organizations may have hindered Yamauchi’s chances at receiving a fair trial.

“The media portrayal of Ms. Yamauchi was and continues to be unfair to her presumption of innocence,” Hallam wrote in her motion for a change of venue. “Considering the size of the municipalities involved in the investigation, as well as the size of the county entrusted with the case, a strong possibility exists that the coverage of Ms. Yamauchi’s arrest would impact a jury’s decision-making during trial … the coverage risks tainting a jury’s ability to fairly judge Ms. Yamauchi should the case proceed to trial.”

To receive a change of venue, Hallam will be required to prove that pretrial publicity has been such that a jury would have knowledge and prejudice in the case prior to her trial.

A hearing to determine whether there will be a change of venue was scheduled to take place last month, but is now expected to take place Dec. 13. Attempts to contact Hallam were unsuccessful as of Tuesday.