Democrats see trouble at the top of their ticket 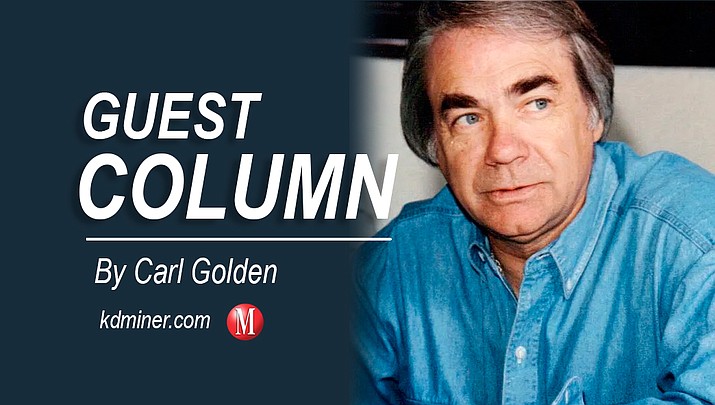 A president teetering on the brink of impeachment…whose public approval is as much as 15 points underwater…who trails the leading opposition candidates… who may cost his party its majority in the Senate…who burns through top level staff at an unprecedented rate…who publicly belittles members of his cabinet.

Given the totality of these circumstances, the Republican Party should be desperately scouring the countryside for an alternative.

But, wait. It is Democratic opposition leaders who are frantically searching for an individual they can persuade to enter the contest, pledging money, organization, unity and an unobstructed path to the party nomination. They worry and fret that none of the current field of 16 – including a former vice president and five sitting Senators – is capable of recapturing the White House.

Instructed by history, the accepted judgment declares that a president weighted down with such personal and political baggage cannot possibly survive. It declares further that victory over a president laboring for re-election under such deadweight is a virtual certainty.

Why then has panic crept into the psyche of the Democratic establishment, convincing some that it is in their best interest to seek an outsider?

For them, the embarrassment of canceling hotel ballroom reservations for the Hillary Clinton victory celebration and trashing inaugural ceremony invitations is horrifyingly fresh.

Fear that the leading candidates – former Vice President Joe Biden and Sens. Elizabeth Warren of Massachusetts and Bernie Sanders of Vermont – will wither under the anticipated brutal assault and record-shattering spending from the Trump campaign is sufficiently genuine that the names of others have entered the public dialogue.

Speculation has fallen on former New York City Mayor Michael Bloomberg and former Secretary of State and 2004 nominee John Kerry as potential candidates who could ignite the party, rise above the ceaseless petty squabbling among the current field, and provide the jolt of energy to halt Trump. Disney chief executive Robert Iger drew some attention before he disclaimed any presidential ambitions, and former Starbucks chief Howard Schultz flirted with an independent run before declining.

And, of course, there’s Hillary, who’s dropped hints about her availability and eagerness to gain redemption through a re-match with Trump.

It appears as this point any effort to convince Bloomberg, Kerry or someone else to come to the rescue has fallen short. It is admittedly a hard sell and time is not on their side, what with fewer than 100 days until the Iowa caucuses.

It’s fitting that Donald Trump, the most unorthodox president in American history, be the one to upend conventional wisdom, to re-write decades of sagacity and insight and shatter deeply-embedded preconceived notions about the psyche of American voters and their willingness to follow a well-worn political path.

Will the wisdom that his re-election is doomed be validated? Have the American people had their fill of the “strum and drang” that has surrounded his Administration from the moment he uttered “I do” on the Capitol steps on Jan. 20, 2017?

Whether he can overcome what most candidates would consider insurmountable obstacles remains to be seen. Even suffering impeachment by the House and acquittal by the Senate doesn’t seem to be an issue for him. His governing and campaign style will not change a whit.

Column | Democrats see trouble at the top of their ticket
Ahead of impeachment trial, Trump suggests not having it
Pelosi orders impeachment probe: ‘No one is above the law’
Trump relishes impeachment acquittal as campaign revs up
President Donald Trump impeached by US House on 2 charges