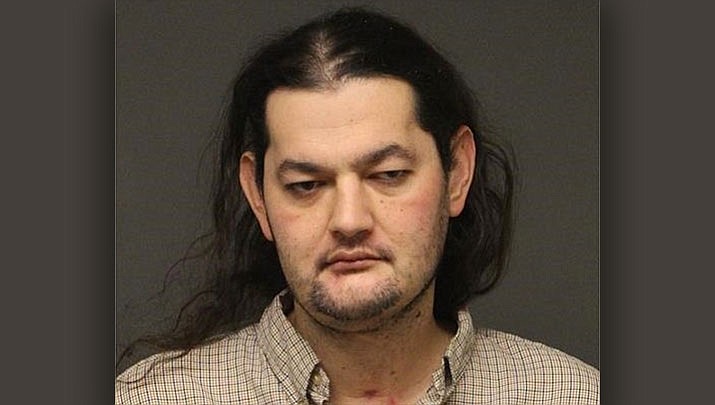 Having been found guilty of multiple felony counts including attempted first-degree murder, Anthony Scott Axton was sentenced to 63 years in prison Thursday, Nov. 7.

Axton, 33, was found guilty of nine of 10 charged felony counts upon the conclusion of his October jury trial. He was found guilty in relation to a robbery that occurred July 1, 2018, at a Dollar General in the 3600 block of E. Andy Devine Avenue.

The state charged that after the robbery, it was Axton who engaged in a shootout with Kingman Police Department officers.

Axton’s sentence, which was handed down by Judge Doug Camacho, included dozens of years in prison that will run concurrent to other charges. For example, the judge sentenced Axton to 21 years in prison for one of the attempted first-degree murder convictions.

Those years in prison will be served “concurrently,” or at the same time, as Axton’s 21 years for one of the aggravated assault charges.

That action comes as both charges were in regards to a single victim.

The judge found a number of aggravating factors that included Axton’s use of body armor, the presence of an accomplice, that the deadly weapon used was a gun and that victims suffered emotional harm.

Axton is also charged in approximately six other cases, which were set for status conferences at a later date.

Francis William Allison, a codefendant in some of those cases, is still working through the court process.

He is currently in the court of Judge Rick Lambert, and his attorney said this week that the matter could be settled without going to trial.

Preston Earl Milks, another codefendant in a number of the cases, was sentenced to 15 years in prison Friday, July 12.