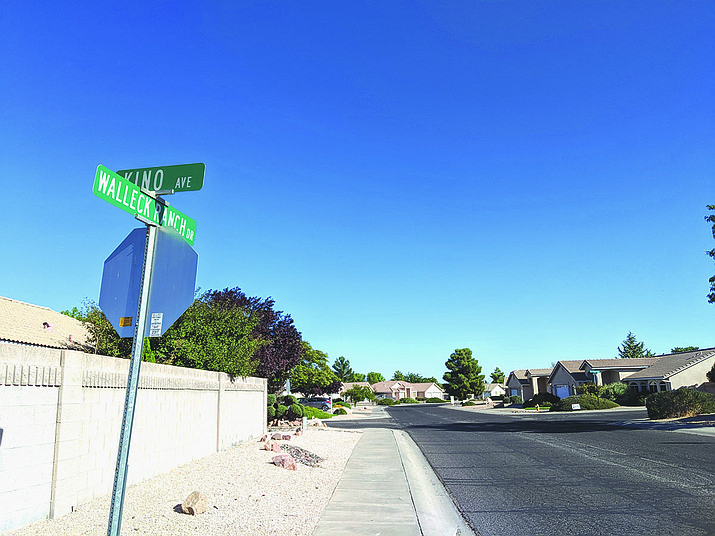 On Oct. 3, 2019, NACFD firefighter Alexander Van Muchow, 29, was arrested after law enforcement conducted a search in the 3900 block of Walleck Ranch Drive and discovered approximately 40 pounds of raw DMT product located inside the residence, and was actively being processed at the time the search warrant was executed. (Photo by Travis Rains/Daily Miner)

Muchow, 29 of Kingman, was arrested Oct. 4 by detectives with the Mohave Area General Narcotics Enforcement Team. MAGNET detectives, with the assistance of the Mohave County Sheriff’s Office Detective Division, Kingman Police Department’s EOD/HAZMAT team, Department of Homeland Security (HSI) and the United States Postal Inspector’s office executed a search warrant at an address in the 3900 block of Walleck Ranch Drive.

During the execution of the search warrant, detectives say they located an alleged active clandestine laboratory. The residence had equipment and chemicals to produce and manufacture dimethyltryptamine (DMT), lysergic acid diethylamide (LSD), mescaline and psilocybin mushrooms, law enforcement wrote in a press release.

Law enforcement also reported that about 40 pounds of raw DMT product was located inside the residence and was actively being processed at that time the search warrant was being executed, approximately 100 LSD tabs, over one pound of psilocybin mushrooms and well over 100 Peyote and San Pedro cacti in different stages of growth and processing.