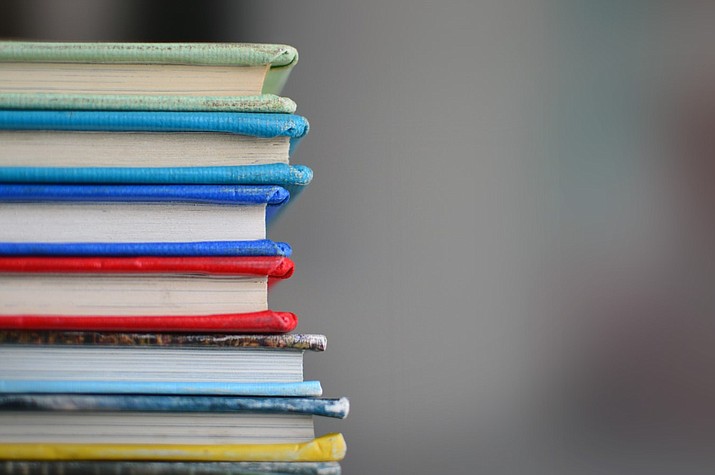 A judge has issued a ruling regarding censorship in Arizona state prisons. (Photo by Kimberly Farmer on Unsplash.com)

In a new order, U.S. District Court Judge Roslyn Silver directed the Department of Corrections to "establish bright-line rules that narrowly define prohibited content in a manner consistent with the First Amendment.” They have until the middle of February to comply.

Silver also said the agency has to limit the discretion of employees to decide on their own what is and is not permitted. And she wants the rules to be crafted in a way to ensure that there is "consistency” in what the prison system considers "sexually explicit material” that can be withheld.

Agency spokesman Andrew Wilder said the department is reviewing the latest order with its lawyers "and will be responding as directed by Judge Silver.”

The lawsuit, filed in 2015, complained that top agency officials purposely and illegally withheld copies of Prison Legal News from inmates who subscribe. It said that even in situations where the magazine eventually was delivered, portions had been redacted.

Attorney Lisa Ells acknowledged that prison officials are entitled to declare certain kinds of materials off limits to inmates.

But she said prison officials, from the top on down to the folks in the mail room, were censoring factual stories about inmates being raped or abused by prison guards and staffers. That included one incident in Arizona that wound up in federal court.

Lawyers for the state argued that the policy was necessary to assistant with rehabilitation and treatment, reduce sexual harassment, and "prevent a hostile environment for inmates, staff and volunteers.”

"There is no question these are legitimate penological interests,” Silver said in her first ruling earlier this year.

But she said there is no "rational connection” between the policy and the kinds of things the Department of Corrections listed as prohibited and those goals. That led directly to the new order requiring the agency to revamp – and narrow – its policies

Ells told Capitol Media Services it is permissible for the prison system to withhold materials when they are obscene.

That standard, she said, is legally defined as something that the average person in a community would determine is designed to appeal to prurient interests. Ells said that includes items that, as a whole, depicts sexual contact "and is not of serious newsworthy or political or scientific value.”

The problem she said is that the Department of Corrections was refusing to deliver copies of Prison Legal News.

"Our publication is about news and it's about politics,” Ells said. "Those are the kind of things where there are aspects of sex, including sexual assaults and including issues sometimes of public health that involve sex that are absolutely appropriately read by and delivered to the prisoners that order our publications.”

Put another way, she said, while there are written references to sex in the magazine "that's not the point of the publication.”

"It's not sexy or attempting to appeal to the prurient interest of people,” Ells continued. "It's attempting to impart news and politics and facts about the world we live in that happen to involve sex.”

The judge, in her earlier ruling, said she read the articles in Prison Legal News and found that their censorship lacked a legitimate reason.

"The textural depictions of sex in Prison Legal News are informative and educational in nature – some are direct quotes from court opinions,” the judge wrote. "As PLN correctly points out, these descriptions of facts are essential to understanding legal matters, especially ones that involve sexual harassment and/or assault in prison.”

But Silver, in reviewing the state's policies and finding them illegal, concluded the problem with them goes beyond Prison Legal News.

Of particular note, the judge said, is that the agency currently defines "sexual explicit materials” that are banned as "any publication that pictorially or texturally depicts nudity of either gender, or homosexual heterosexual or auto-erotic sex acts.”

"Under this definition, any depiction of sex can qualify as 'sexually explicit,' “ Silver wrote.

What's worse, she said, is the policy bars content that "may, could reasonably be anticipated to, could reasonably result in, is or appears to be intended to cause or encourage sexual excitement or arousal.” That "may” language, the judge said is "facially overbroad.”

More to the point, Silver said the policy has been illegally applied.

She cited evidence that the Department of Corrections has censored things like news article about like the persecution of the Yazidi people by ISIS, articles about the Me Too movement, Maya Angelou's book “I Know Why the Caged Bird Sings,” a Mayo Clinic newsletter containing a medical illustration of a hernia, and even self-portraits by former President George W. Bush.

"Giver the literal reading of Arizona Department of Corrections' policy, these examples properly qualify as prohibited material,” the judge wrote. "No reasonable trier of fact would conclude that such broad censorship is rationally related to furthering ADC's penological interests.”

Ells said it should not be difficult for state officials to come up with legally defensible policies that keep obscene materials out of prisons without offending the rights of inmates. All they have to do, she said, is look to other states.

"Jurisdictions have found ways to implement it in a way that is consistent with the First Amendment,” she said. "And that's all that we want the department to do here.”