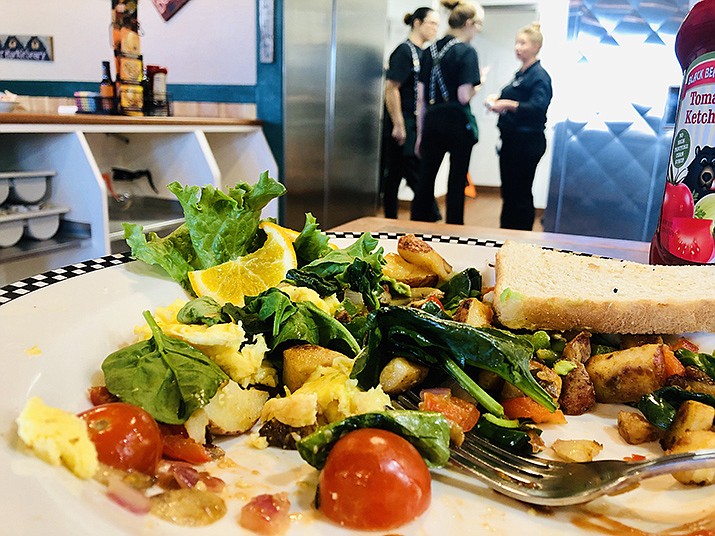 Black Bear Diner just came to Kingman, joining the competition for the best food and the best view of the Hualapais in town at 946 W. Beale St.

Open daily from 6 a.m. to 10 p.m., Black Bear shares a building with the TA/Petro truck stop, and brings to the table an extensive menu. Breakfast, lunch and dinner are served at all times.

It offers traditional American oversized portions, arguing, not without a point, that there’s nothing wrong with enjoying leftovers at home.

But food made from scratch and long hours of operation are only one side to the story. The far more important one is jobs.

Within a couple of weeks TA/Petro, which decided to bring Black Bear Diner to Kingman, hired 89 people, including cooks, servers, dishwashers and hostesses. They received 300 applications.

“All came from online recruitment and a three-day long job fair we had through Arizona Works and MCC (Mohave Community College) at the end of October,” said TA Site General Manager Tiffany Smith. “They are all locals, a couple of them commuting from Bullhead City.”

On the first morning of operation, Monday, Nov. 11, the restaurant was overstaffed, with a bunch of trainers monitoring the actual Kingman location employees, who wear suspenders with bear claw imprints to be easy to identify.

TA Regional Operation Specialist Melissa Pine stands in the corner, overseeing the minute-to-minute operations. She will be in town until Monday, then she is off to help with another location in Seattle.

“This is not the first time TA partners with Black Bear Diner,” Pine said. TA, which operates truck stops, likes this growing California brand with the cabin hospitality feel and pastries, pies, meatloaf and sausages made from scratch.

Black Bear Diner started in 1995 and has over 100 locations now, with some locals knowing it from locations in Lake Havasu City and Bullhead City. 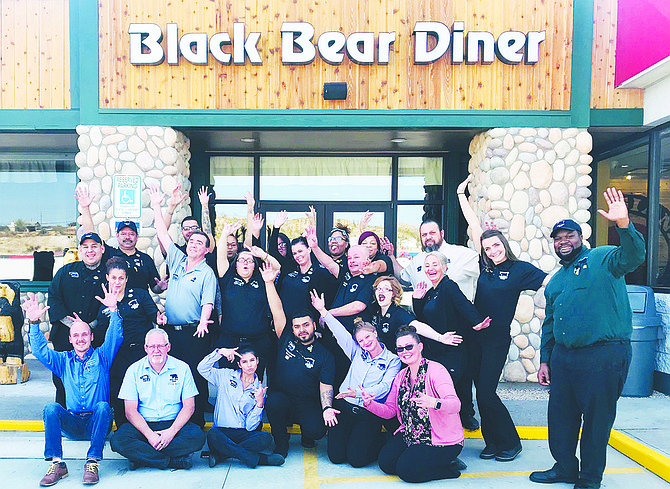 “My sister works at the one in Bullhead,” said hostess Christine Wisda, who said she is excited about her new job. Her favorite item on the menu is the chicken Parmesan sandwich.

“Cream pie,” said Smith when asked the same question. “Hands down. If you like coconut, that is. And eggs Benedict. And country potatoes!”

“Some of the old employees got transferred to Iron Skillet,” Smith said. “A handful just took a sabbatical and came back to work when we opened. But a lot of employees are new. About 15 are TA transfers from a different place.”

Smith is very pleased with the team they have assembled. She believes in hiring good personalities who can engage with the customer. Having a good time at work is important.

“This is not an act,” she points out as her crew moves around, joking and interacting with each other.

Last Saturday was “friends and family only,” but starting this week, Black Bear Diner, with its cute black bears and children’s reading clubs, is officially open for business.

As one of the signs on the wall says: “Eat, drink and be beary.”