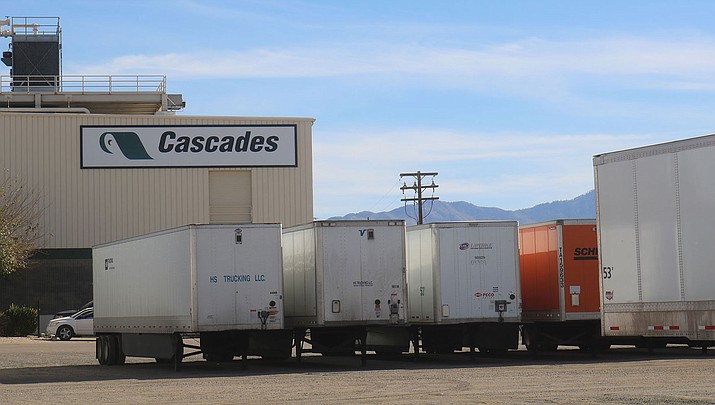 Cascades said in a press release that the Kingman location will continue operations until its lease is up at the end of October 2020. (Photo by Travis Rains/Daily Miner)

KINGMAN – Cascades Inc. will close its tissue converting operation at the Kingman Airport and Industrial Park in October, putting dozens of area residents out of work.

The Quebec-based company said in a news release that a New York plant will close on March 27, and the Kingman location will continue operations until its lease is up at the end of October 2020.

According to https://www.choosekingman.com/, the City’s economic development website, 103 people are employed at the local Cascades manufacturing facility at 4625 Interstate Way.

“The difficult, but necessary decisions we are announcing today are part of our strategic efforts to improve the tissue group's profitability and position this business for long-term success,” said Jean-David Tardif, president and chief operating officer.

“The losses recorded by these plants, existing market conditions, and our recently announced investments in acquiring and modernizing other converting units in the U.S. have prompted us to move production to our other sites to optimize operational efficiency and reduce logistic costs,” he said.

Cascades says it will offer transfers to remaining company locations to as many local employees as possible.