Kingman man arrested on charges of molestation of a child 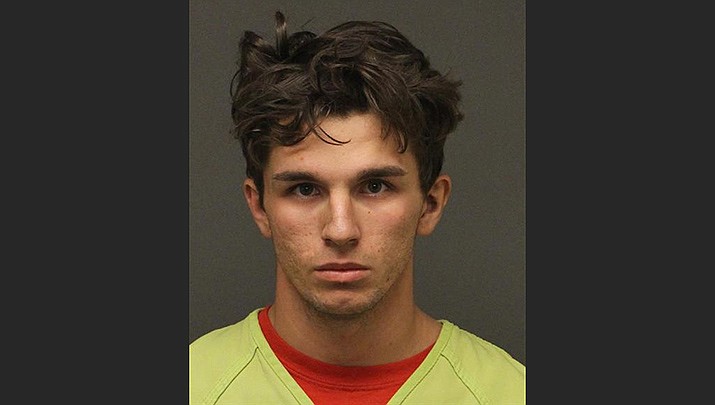 KINGMAN – Mohave County Sheriff’s Office deputies arrested Michael Trey Hefner, 19, of Kingman, after being contacted by Huntington Beach Police Department regarding a delayed report of child molestation from 2017 at a residence in the 1800 block of Hearne Avenue.

Detectives interviewed the female victim, who was 10-years-old at the time, and she alleged that Hefner, her older stepbrother, would force her to engage in sexual acts on multiple occasions. On Tuesday, Nov. 19, detectives responded to Hefner’s residence for interviews. During the interview, law enforcement says Hefner admitted to engaging in sexual contact with the victim.

Michael Trey Hefner was arrested on suspicion of two felony counts of molestation of a child. He was booked into the Mohave County Adult Detention Facility.