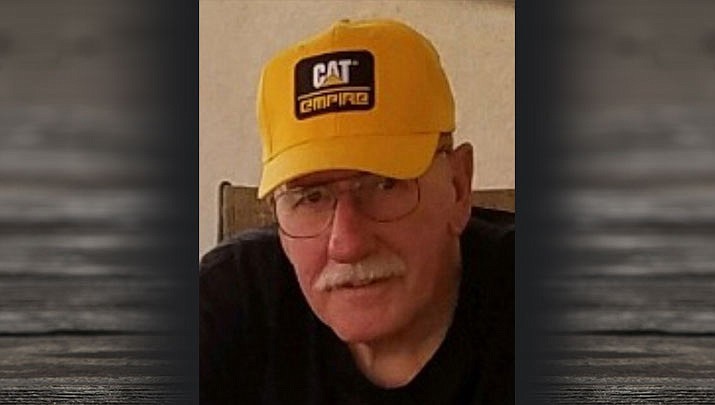 Duane F. Donohoe was born on May 22, 1941 in Lindsay, California, the first child of Francis and Ardis Donohoe. The family grew four years later with the addition of his brother Bruce (Sue) Donohoe and was completed three years later with sister Jean (Gary) Burden.

In 1982 he married Lynn Walsh and they made their home in Kingman. He grew to love our small town and was embraced (and at times overwhelmed) by the large Walsh Family. Their joy was enhanced with the birth of their son Matthew D. Donohoe. Years of family vacations followed as he enthusiastically introduced him to the world of car racing, baseball, Disneyland, football and every amusement park with a roller coaster. He fostered a lifetime love of reading and Marvel Comics the two shared.

Even as a child, diesel fuel ran in his veins as he accompanied his dad to the city dump to watch the trucks and other heavy equipment operating. Thus began a lifetime of careers driving Big Rig Trucks and operating heavy equipment. His greatest honor was serving in the United States Army and shared many proud memories.

He retired in 2016 from a career with the Mohave County Road Maintenance Department but finally quit working Nov. 14, 2019 when he went to his final rest in heaven.

Thoughts and condolences may be submitted to the family at www.lietz-frazefuneralhome.com To send a FREE Card to the family go to www.sendoutcards/lietzfraze