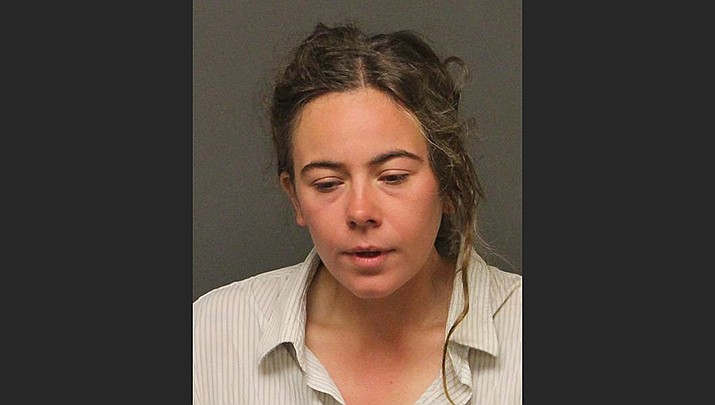 At about 7:30 p.m. deputies responded to a residence in the 14000 block of Highway 66 in reference to a trespassing. The victim said that he had returned home and observed lights on in the barn, and his dog in the yard.

Law enforcement says the victim then entered the barn to find a woman inside, and observed that items inside the barn appeared to have been thrown around. Deputies entered the barn and contacted the woman, identified as Bogan, who reportedly admitted she did not have permission to enter the barn, but had hoped the owner would let her stay there.

The owner told deputies that approximately $100 worth of food had been eaten or left to spoil, with no other damages occurring.

Leighanna Bogan was arrested on charges of first-degree criminal trespassing and third-degree burglary, both felonies. She was booked into the Mohave County Adult Detention Facility.