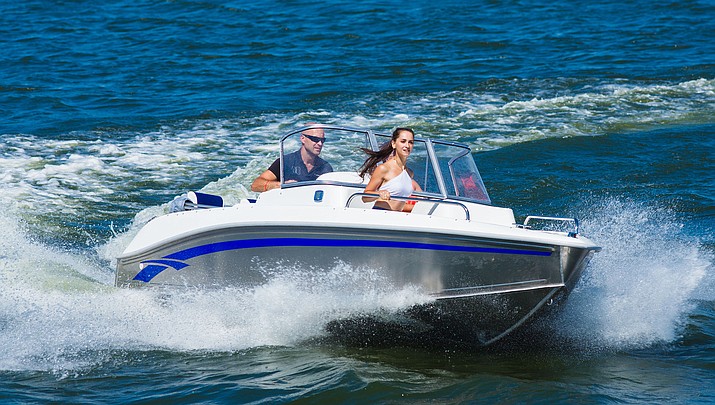 Most waters in the western U.S. are free of invasive zebra and quagga mussels due to watercraft inspection and decontamination programs. (Courtesy)

According to a news release, the reminder is particularly important for out-of-town visitors who moor boats at AIS-affected waters and are preparing to head out of state.

“Boaters are required to comply with all AIS regulations of the states in which they travel, as well as those of their final destination. Many states require that watercraft must stop for inspection, which may include both motorized and non-motorized boats. If you see signs that indicate that an inspection station is open, please stop and have your watercraft inspected,” the AZG&FD wrote.

To ensure a smooth process at inspection stations, AZGFD has authorized providers to perform free inspections and decontaminations for those with boats that have been on AIS-infested waters.

Boat owners can call the Department’s AIS Program at 623-236-7608 to schedule an inspection and decontamination. AZG&FD recommends reserving two-to-three weeks in advance of departure for best availability.

Most waters in the western U.S. are free of invasive zebra and quagga mussels due to watercraft inspection and decontamination programs. The potential economic and recreational impact of invasion in these places would be devastating to the West, the news release noted.

“As boaters, it is crucial to take responsibility and to have your boat inspected and decontaminated to protect the places that we love,” said Erin Raney, AZGFD Aquatic Invasive Species Program coordinator. “It’s a big job, but with everyone pitching in, we can stop the spread of AIS into new waters.”

Aquatic Invasive Species are non-native species that are often unintentionally introduced by human movement. They do not have predators outside of their native range, and are able to outcompete native species. These animals, plants, and even pathogens that cause disease in native wildlife can be invisible to the naked eye, making them even more difficult to control. They can alter and disrupt ecosystems, and cost millions of dollars to keep water and power infrastructure clear for delivery, the news release said.

Under Arizona law, boaters slipped and moored for six or more consecutive days must schedule an inspection and decontamination before transport. All watercraft and equipment leaving an AIS-listed water must use the following steps when leaving that waterbody.

– Clean boats, waders, anchors, and equipment by removing mud, plants and attached animals such as snails.

– Drain all residual water from engines and motors, ballast tanks, live wells and bait wells. Pull your bilge plug or plugs for transport.

– Dry all equipment that gets wet including life jackets, ropes and buoys.

For interstate travel, be sure to contact your local state AIS authorities for any additional questions on local regulation compliance.