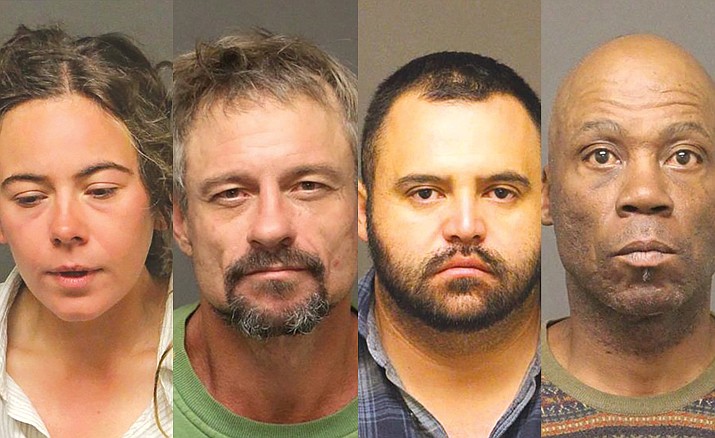 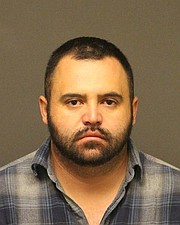 At about 8 p.m. Thursday, Nov. 21, detectives conducted a traffic stop around milepost 59 on Interstate 40. MCSO reports Tellez-Nava was the operator of the vehicle and sole occupant, and that detectives observed suspected “bundles of methamphetamine in plain view.”

A further search of the vehicle, according to MCSO, revealed three large boxes containing a total of 43 pounds of suspected methamphetamine with an estimated street value of about $1.9 million. 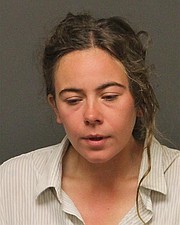 The victim told deputies he had returned home and observed lights on in the barn, and his dog in the yard.

Law enforcement says the victim then entered the barn to find a woman inside, and observed that items inside the barn appeared to have been thrown around.

Deputies entered the barn and contacted the woman, identified as Bogan, who reportedly admitted she did not have permission to enter the barn, but had hoped the owner would let her stay there.

The owner told deputies that approximately $100 worth of food had been eaten or left to spoil, with no other damages occurring.

Bogan was arrested on suspicion of first-degree criminal trespassing and third-degree burglary, both felonies.

She was booked into the Mohave County Adult Detention Facility without incident. 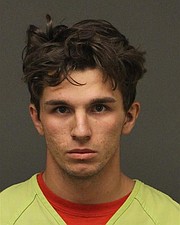 Mohave County Sheriff’s Office deputies arrested Michael Trey Hefner, 19, of Kingman, after being contacted by the Huntington Beach (California) Police Department. Huntington Beach Police relayed a delayed report of child molestation from 2017 at a residence in the 1800 block of Hearne Avenue.

Detectives interviewed the alleged female victim, who was 10-years-old at the time.

The girl reportedly told deputies that Hefner, who is her older stepbrother, had forced her to engage in sexual acts on multiple occasions.

On Tuesday, Nov. 19, detectives responded to Hefner’s residence for interviews.

During the interview, law enforcement says Hefner admitted to engaging in sexual contact with the victim.

Hefner was arrested on suspicion of two felony counts of molestation of a child. 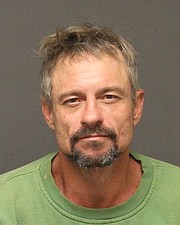 At 8:45 p.m. deputies observed a male and a female subject riding bicycles in the roadway and observed the bicycles did not have the proper lights and reflectors. A traffic stop was initiated.

The female subject provided her identification, however, the male subject allegedly gave deputies a false identity. A records check revealed the physical description of the identity given did not match the male subject and he was detained. Both subjects were patted down for weapons, and the female gave consent to a search of her belongings.

MCSO reports the male admitted to having methamphetamine in his bag. A search revealed approximately 1 gram of methamphetamine, syringes and a glass pipe.

Tacia admitted his true identity and a subsequent search revealed an active warrant. He was arrested and booked into the Mohave County Adult Detention Facility. 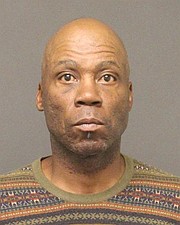 At approximately 1:53 a.m. Saturday, Nov. 16 deputies observed a vehicle traveling north on Interstate 15 traveling over the posted speed limit and failing to maintain its lane, according to MCSO. Deputies initiated a traffic stop and contacted the driver, identified as Washington, and a female passenger.

Deputies report observing that Washington’s eyes were red and watering and that he was slurring his speech. Deputies also say they observed several empty liquor bottles on the floor behind the driver’s seat, and asked Washington to step out of the vehicle.

MCSO says a records check revealed Washington’s license to be suspended. When asked, Washington reportedly admitted to having “a couple beers” that evening.

A breath test was conducted and Washington’s Blood Alcohol Concentration was allegedly around .198%.

Washington was arrested and booked into Mesquite City (Nevada) Jail. 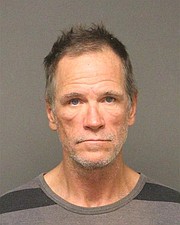 Roger Donald Denny, 54, of Kingman, was arrested by the Kingman Police Department Monday, Nov. 18 when officers were called to a local restaurant on a report of a male subject wielding a large metal pole.

At about 10 p.m., officers responded to a restaurant in the 3200 block of Andy Devine Avenue. KPD had received a 911 report of a male subject wielding a large metal pole, threatening employees and damaging television monitors. However, the suspect left the store before officers arrived.

The suspect was later located a few blocks away and identified as Denny. According to KPD, its investigation determined that Denny had entered the store carrying a 6-foot “T-post” – basically an iron rod – and threatened two employees before damaging two television monitors.

Law enforcement says Denny admitted involvement in the offense. Investigators have not determined a motive, but believe Denny was suffering from a mental or emotional event.

He was arrested on suspicion of two felony counts of aggravated assault and one count of misdemeanor criminal damage. He was booked into the Mohave County Adult Detention Facility.