Mohave County draws a line in the sand 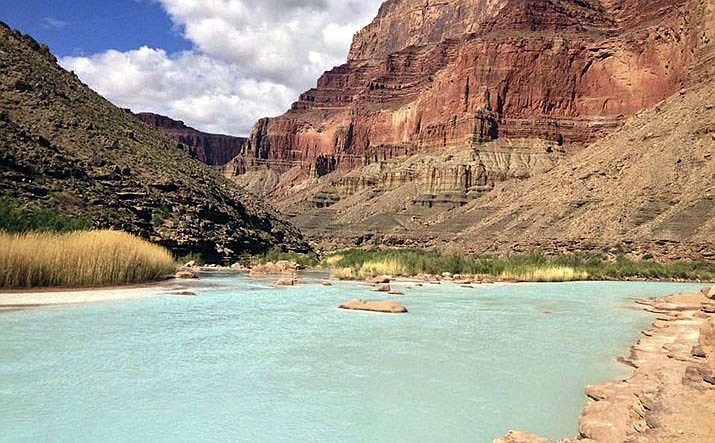 KINGMAN – Mohave County has drawn a line in the sand against the proposed transfer of Colorado River water beyond rural communities along the river in western Arizona to benefit larger cities elsewhere in the state. The county Board of Supervisors passed a resolution Monday, Nov. 18 formally opposing a proposal by GSC Farm, LLC (GSC) to sell and transfer 2,083 acre-feet of fourth priority river water to the Town of Queen Creek for municipal uses in central Arizona.

“Continual raids of water rights/allocations reserved to smaller river communities to benefit larger metropolitan areas sets a bad precedent and places the water supplies of rural jurisdictions at risk,” according to Resolution 2019–138. “Water is one of our most precious resources that is in jeopardy of being depleted if not managed adequately.”

Similar resolutions opposing the transfer have been adopted by the County Supervisors Association of Arizona, the Mohave County Water Authority and the Kingman and Bullhead city councils.

Further opposition was expressed during public comment hearings conducted this week by the Arizona Department of Water Resources (ADWR). District 5 state representative Regina Cobb, who testified in person in Phoenix, Bullhead City and Parker, and Leo Biasiucci, who testified by letter, urged the agency to reject the transfer they believe will prohibit local growth opportunity, exporting it to central Arizona.

The transfer would eliminate 484 acres of agriculture production along the river while stimulating enormously disproportionate benefit in central Arizona where an impact analysis estimated annual economic activity totaling more than $307 million.

Mohave County’s public affairs consultant identified four other options the Town of Queen Creek has for securing water rather than the proposed GSC purchase.

Anyone wanting to provide input has until Dec. 16 to email or fax written comments to Sharon Scantlebury at ADWR: sscantlebury@azwater.gov or 602-771-8686. ADWR Director Tom Buschatzke has until mid-February to provide a recommendation to the U.S. Department of the Interior