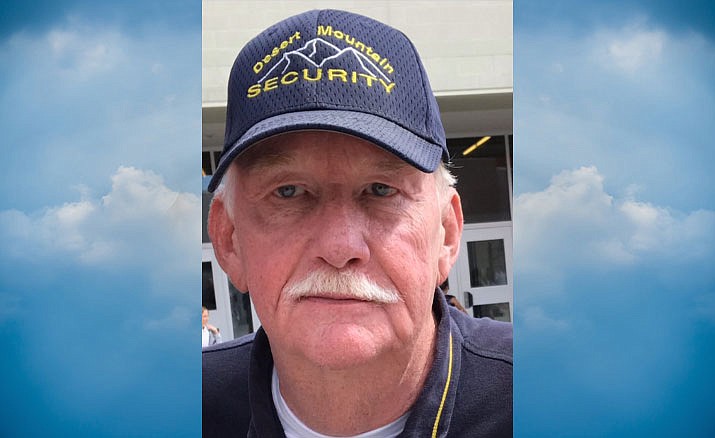 John Tobin, a resident and friend to many in Kingman, Arizona, passed to eternity on Sept. 26, 2019 surrounded by his family.

John, “Uncle Jack” was born July 27, 1955 in Los Angeles, California. However, John spent the majority of his life in Thousand Oaks, California. There he worked in security and took care of his mother. In his later years, he and his mother moved to Las Vegas, Nevada where he worked in stock market trading. In 2012, John moved to Kingman to be closer to family. He took a position as a security guard working at White Cliffs Middle School where he became a friend to all.

John was a loving uncle who enjoyed being with his family and friends, often spending late nights playing cards in Vegas fashion with his nephews and nieces and making his favorite snack, popcorn, for his friends. Although John had no children of his own, he was very fond of his students and cared for them deeply, often going above and beyond to make sure they were safe and were having a good time in school.

A memorial service will be held on Monday, Oct. 7, 2019 at 2 p.m. in the White Cliffs Middle School cafeteria to celebrate John’s life.

Every one of his friends and colleagues are invited. Pastor Raymond Harvey and Pastor Marta Harvey will officiate. In lieu of flowers, please send donations to White Cliffs Middle School that will be put towards a scholarship fund in memory of John Tobin.