Trumpstock is being relocated to Golden Valley 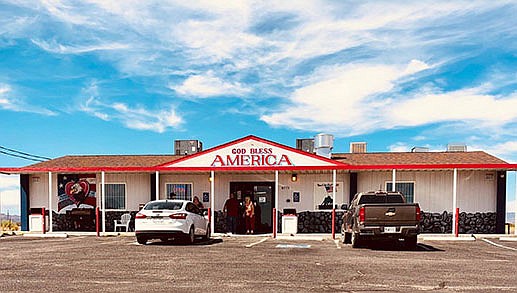 Trumpstock will go on, just not at the Mohave County Fairgrounds in Kingman.

The three-day event, billed as a celebration of “the joy of being American,” will instead be held in Golden Valley this weekend, after the City of Kingman denied a permit for the festival.

Three days of guest speakers, music, food, drink and other activities are planned.

Organizers criticized the City for failing to issue a permit.

“The City was never very supportive of veterans, nor the president,” said Laurie Bezick, who is the main force behind the event. “But the event will take place and everybody is on their way. We will not let our voices be silenced.”

Bezick said it was Kingman Police Chief Robert DeVries who made the decision to deny the permit. DeVries was out of the office on Thursday and not expected back until Monday.

On Thursday afternoon, the City published a press release stating the event was canceled, at least in terms of using the Mohave County Fairgrounds. Fairgrounds Manager Tim Woods confirmed the report.

According to the City, Bezick applied for a special event permit on Tuesday, Sept. 24, which was only 10 days prior to the event.

“Through the vetting process, it was determined that she failed to meet the requirements of obtaining a special event permit, especially security requirements,” the City’s press release explained.

Trumpstock is slated to begin at 6 p.m. on Friday at the new location, and continue through Sunday afternoon.

Mohave County officials, when contacted Thursday, were not aware that the event had been moved to Golden Valley.

Robert Hall, Great American Pizza and Subs owner, does not expect any problems though.

“I had a car show here before,” he said. “I contacted the county then and they said I don’t need a permit. So we are fine.”