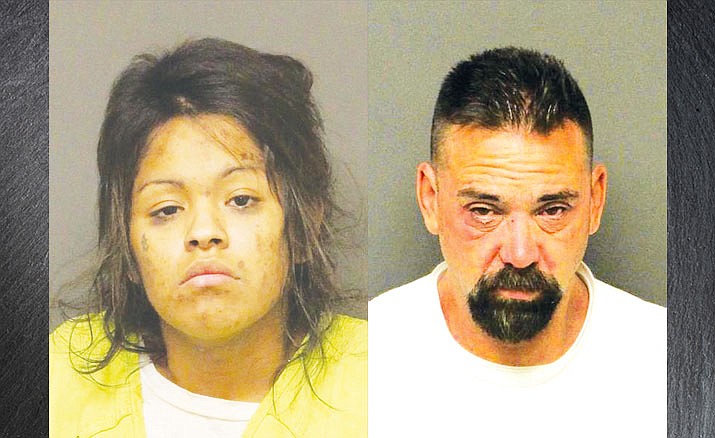 The Kingman Police Department is reporting the arrest of two Kingmanites. The pair were allegedly found in possession of dangerous drugs, weapons and body armor.

At about 11 p.m. Friday, Sept. 27, officers arrived at a parking lot in the 3400 block of N. Stockton Hill Road after receiving reports that two unconscious subjects were in a parked car.

Officers arrived and made contact with the subjects, who were identified as David Joe Concepcion, 44 of Kingman, and Amber Rodriguez Copsey, 24 of Kingman.

KPD reports both individuals were allegedly under the influence of drugs.

During the investigation, officers found that both were in possession of methamphetamine, marijuana, two handguns, body armor and assorted drug paraphernalia related to drug sales.