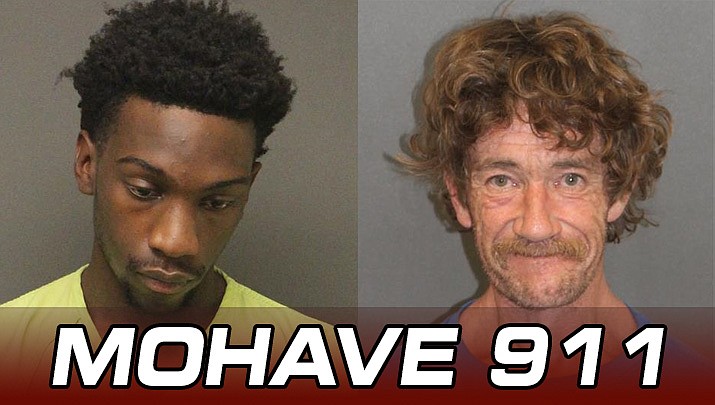 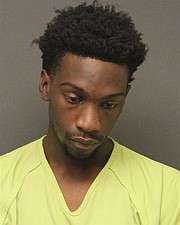 Deputies said the suspect, 21-year-old Sideon Johnson of Pflugerville, Texas was detained and returned to the jail, where deputies met with one of the victims, a detention officer. The officer advised that Johnson was at the courthouse for an unrelated case, and had just been placed into custody by the presiding judge.

Johnson asked the judge if he could make a phone call before returning to the jail, which was approved, on the condition that Johnson did not leave the courtroom. The judge exited the courtroom, and Johnson reportedly attempted to exit the room as well. The detention officer and a security officer stepped in front of Johnson and gave verbal commands to stop, when Johnson pushed passed them and attempted to run toward the front doors.

The detention officer grabbed Johnson around the waist and attempted to place him on the ground, and with the assistance of a court security officer and a probation officer, Johnson was subdued, the Sheriff’s Office reported.

The detention officer stated that during the struggle, he felt Johnson bite down on his forearms several times and gave verbal commands for Johnson to stop biting him.

The probation officer reportedly received injuries to her forearms and abrasions to her knuckles as a result of the scuffle, but was not seriously injured. After the struggle, Johnson was detained and transported back to the detention facility without further incident. 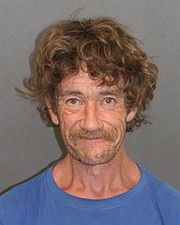 Deputies were dispatched at 10:55 a.m. to a residence in the 4000 block of E. Heights Boulevard. Deputies contacted the reporting party, who advised that a male neighbor had parked his vehicle in front of his driveway and refused to move it.

Deputies observed a gold pickup truck in front of the property and a male subject, identified as Mickelsen, walking around the truck. Law enforcement reports Mickelsen could not give a reason for the truck’s location and was advised he was under arrest for trespassing.

Mickelsen then reportedly fled from deputies on foot. Mickelsen was told several times to stop, but continued through several washes towards his residence. He then entered his residence and deputies began issuing verbal commands for him to exit. He eventually exited, but took off again on foot toward the reporting party’s residence.

The reporting party advised that Mickelsen was hiding from deputies in his backyard. An off-duty Arizona Department of Public Safety trooper arrived on scene to assist the deputy and Mickelsen was taken into custody.

While investigating the incident, deputies heard loud noises coming from the patrol vehicle and found that Mickelsen had undone his seatbelt and was kicking at the vehicle’s windows. Mickelsen had also slipped his arms under his legs to bring his arms around to the front in an effort to remove his restraints. Mickelsen was re-restrained and taken to the Lake Havasu substation to await jail transport.

Jules Edward Mickelsen was arrested on suspicion of one count of felony 3rd degree escape and misdemeanors of 2nd degree criminal trespassing, resisting arrest and disorderly conduct. He was transported to the Mohave County Adult Detention Facility without further incident.