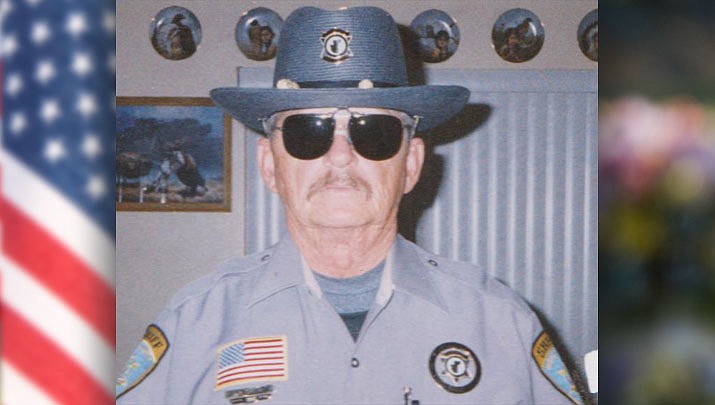 Our beloved father, Billy Ray Smith, passed away on Oct. 5, 2019 at his home in Golden Valley, Arizona. He is preceded in death by our beloved mother and Billy’s wife, Yvonne Marie Smith, who passed away at her home on Feb. 11, 2018.

Billy was born July 9, 1934 and Yvonne was born Dec. 20, 1936. The two were married on July 17, 1953 and had four children: Darla Shaffer, Sheryl (Rod) Jordan, Keith Smith and Darin Smith along with seven grandchildren and 18 great grandchildren. Billy served in the United States Army in 1953 during the Korean War. He then went on to engineering school, becoming a recording engineer at Capital Records in Hollywood, California for 28 years while Yvonne stayed home as a housewife.

In 1982 they moved to Golden Valley, Arizona while Billy worked at the Riverside as a security guard while he attended Mohave Community College studying law enforcement. He worked as a correctional officer and for the following 15 years held the position as Golden Valley’s Deputy Sherriff. He earned top deputy sheriff of Mohave County in 1990. Yvonne worked as a cashier and hostess at the Riverside and the Hickory Pitt in the Edgewater, earning Employee of the Month several times.

The couple was married for over 64 years and will be dearly missed. They are now together in heaven watching over us.

Services for Billy will be held at Sutton Funeral Home on Thursday, Oct. 17 at 2 p.m.