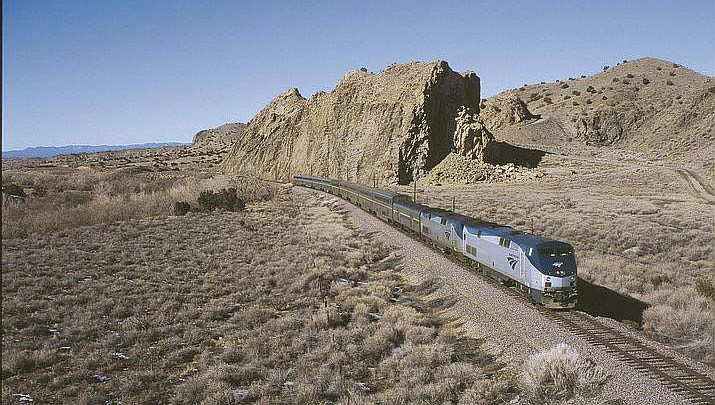 KINGMAN – Amtrak’s Southwest Chief route is being threatened by change once again. But this time around, it isn’t a possible route change – it’s the discontinuation of the entire line and long distance trains altogether.

The Southwest Chief line runs from Los Angeles to Chicago, stopping in Needles and Kingman along the way.

All Aboard Arizona has made presentations throughout the state and will hold a meeting in Kingman on Tuesday, Oct. 29, from 2:30 to 4 p.m. at Kingman City Hall.

All Aboard Arizona’s Executive Director Tony Trifiletti described the Southwest Chief as one of the county’s “public transportation lifelines” in a recent email. This isn’t the first time that lifeline’s future has been uncertain, which could affect about 9,000 riders in the area who use the El Graces station in Needles alone.

“Last year, Amtrak wanted to substitute the train with a bus from Dodge City to Albuquerque,” Trifiletti wrote. “Under that plan, the train that stopped in [Kingman or Needles] would have been a Los Angeles-Albuquerque coach train with no amenities other than toilets.”

Amtrak’s plan was shot down by Congress last fiscal year, which ended September 30. But according to Trifiletti, “there is a possibility that Amtrak may revive this for the fiscal year that began Oct. 1.”

“But that’s not the current threat,” Trifiletti wrote. “The situation is substantially worse.”

Amtrak declared all long distance trains to be “relics of the past” and are calling for their discontinuation. According to Trifiletti, “Amtrak wishes to concentrate its business model on the Northeast Corridor (Boston-Washington) and various short corridors of 750 miles or fewer.”

President Donald Trump has threatened to veto if Amtrak is fully funded, according to Trifiletti. “National or Nothing” is the slogan of Sen. Jerry Moran, R-Kansas, who has put together a team of senators on both sides of the aisle to fight this.

According to Trifiletti, Moran is “holding up funding for the Northeast Corridor and the President’s appointees to the Amtrak board until he can get the commitment necessary to keep the national network trains running.” Sen. Kyrsten Sinema is “front and center” on this effort.

Trifiletti said they will be “giving a presentation with full-color handouts, information on the current situation, and how to get Congress to fix it.”