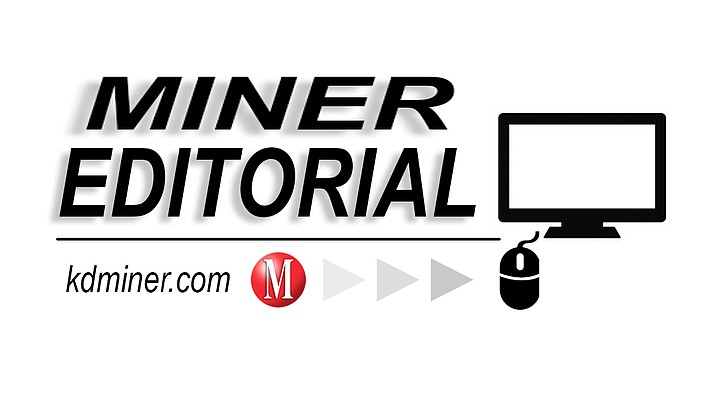 A community newspaper is vital to its residents. Nowhere else will you find the local information that impacts your lives. That is my core belief as editor of The Daily Miner.

It’s been encouraging to meet so many people dedicated to making the community a better place. It’s also been fun to see how passionately people feel about the good stories happening.

Since my new job will be getting you to share your stories, it is only fair you know a little about the new editor.

I was born and raised in Bakersfield, California.

I obtained my bachelor’s degree from Humboldt State University. I have worked for various newspapers nationwide, including my most recent post as the executive editor of The World Newspaper in Coos Bay, Oregon. I have also worked in large metro markets, spending 10 years at the Los Angeles Daily News, and three at the Sarasota Herald-Tribune. I have also worked in Georgia and Missouri.

I found my passion in covering local government, politics, police and courts, first as a cub reporter in Porterville, California, then in Stockton, California. I have found that community journalism is what impacts people the most. That’s not to say, we don’t do investigative journalism at smaller publications. In my time, I’ve lead teams that have brought down a corrupt county sheriff, and a high school administrator who was violating the civil rights of several of his students.

I intend to deliver the same introspective journalism to this community. However, we’ll still cover the local events that make Kingman such a wonderful place.

I’ve always believed as a journalist my most important role is to give a voice to the voiceless and to hold those in power accountable.

But gone are the days when news editors can sit in their office and dictate the agenda. A successful editor must be involved in the community he or she serves.