Prep Roundup: Vols fall on the road to Coconino 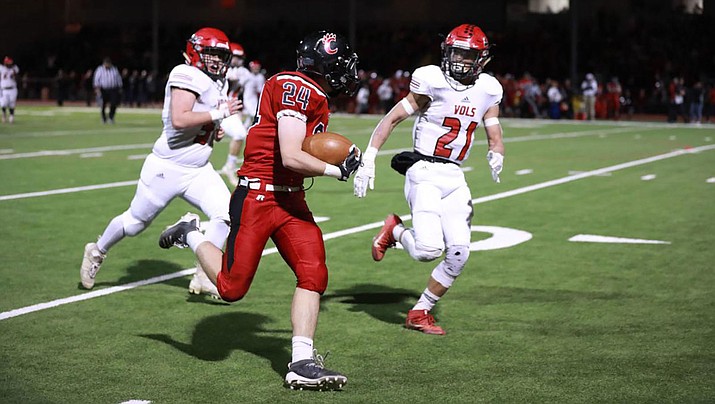 KINGMAN – The Lee Williams High School football team knew Friday night would be one of the toughest tests of the season. Not only were the Vols going on the road to face an undefeated squad, but Coconino was also averaging 48 points a game.

That didn’t stop Lee Williams from putting up a fight before dropping a 27-0 loss to the No. 11 ranked Panthers.

“The kids competed really well,” said Vols head coach Patrick O’Boyle. “I’m very, very pleased with the effort that we gave. It definitely shows the toughness of our kids and their resiliency.”

Lee Williams demonstrated that toughness mostly on the defensive side of the ball as the Vols held Coconino (8-0, 5-0 4A Grand Canyon Region) to its lowest output of the year.

But miscues on offense didn’t help Lee Williams’ cause.

“We did some nice things on both sides of the ball, but they just made a couple of more plays on the offensive side,” O’Boyle said. “We gave up a couple of fourth-down touchdowns and they blocked a punt that led to a touchdown. It was a closer game than the score really indicated.”

At Lake Havasu City, a number of local swimmers tallied first-place finishes at the Golden Anchor meet, including Academy’s James Scholl in the 200-meter individual medley (2:49.88), Lee Williams’ William Rogers in the 50 freestyle (30.63) and Lee Williams’ Beauen Bratley in the 300 freestyle (5:17.41).

Katie Niskanen notched a first-place finish for the Lady Tigers in the 100 backstroke, while Academy’s Jared Fast Horse was also first in the backstroke.