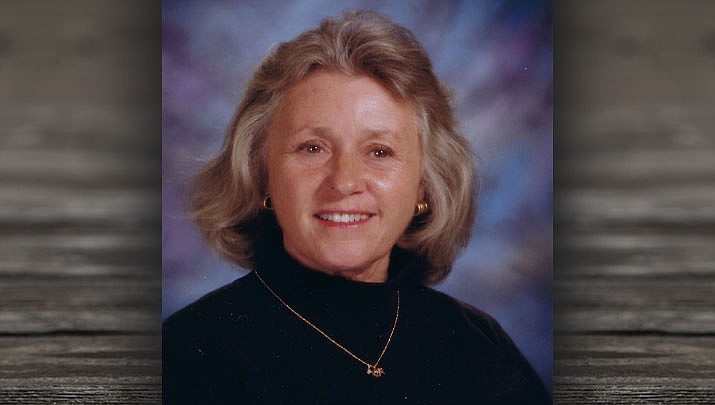 Virginia Faye Payne, nee Schwartzmann (Barnes, McBeath), passed away Oct. 18, 2019 peacefully at home with her husband of 39 years, Douglas H. Payne Sr, at her bedside. Virginia was born Sept. 27, 1939 in Ann Arbor, Michigan. Virginia was the oldest of five children born to John Schwartzmann and C. Marian Cobb who both predeceased her. She was raised in St. Louis, Missouri, then Tucson, Arizona, where she graduated from high school before attending and graduated from USC in Los Angeles. There she married Gary Barnes and had her only son, Lance Richard Barnes. She divorced Gary and married Jack McBeath before again divorcing and marrying a retired LAPD detective and a private investigator now retired, Douglas H. Payne, Sr. Virginia became the stepmother to Douglas’ four children – Caroline Agular, Douglas H. Payne Jr,, Sharon Payne and Deena Payne. Virginia is survived by her sisters, Mary Rubin (Howard) and Martha Schwartzmann, along with her two brothers, Jim Schwartzmann (Diane) and Chuck Schwartzmann (Paula). She is also survived by her children Lance Richard Barnes (Angela), Douglas Payne Jr. (Kelly), Caroline Agular (Rosendo) and Sharon Payne. Virginia is preceded in death by daughter Deena Payne and granddaughter Sarah Barnes. Virginia is survived by grandson Ian Barnes (Jennelle), granddaughter Laura Barnes, grandson Tyler LeFevre (Kayla), seven great-grandchildren and five great-great-grandchildren with two new ones due in February and March of 2020. Virginia also has many nephews and nieces and extended family still residing in Michigan.

Virginia loved animals, nature and sharing her knowledge. She was a schoolteacher for 41 years. She taught first in Compton, California, then Long Beach, California, before getting her own private investigators license and competing with her husband as Angel Investigations. Virginia returned to teaching after two years and taught at a private school in Riverside, California before becoming the principal there. Virginia’s love for Arizona drew her and her husband, Douglas, to Parker, Arizona where Virginia returned to teaching and taught at La Pera Elementary on the CRIT reservation outside of Parker, Arizona for 19 additional years. Virginia’s love of horses and dogs kept her actively involved in horse shows and dog shows throughout California and Arizona winning a silver buckle in 1996 at the La Paz County Fair on her show horse and high point in Scottsdale, Arizona two years in a row. She enjoyed showing her Australian shepherds and pugs and made many friends along the way. Virginia was a member of The Daughters of the American Revolution and the National Society of Colonial Dames, holding many state and local offices including president of her chapter in 2007. Douglas and Virginia moved to Kingman, Arizona after she retired from teaching in 2009. In Kingman, Virginia became active in the Kingman Presbyterian Church, singing with her husband in the choir. They became members of the Kingman Social Club and she volunteered at the Mohave Museum of History and Arts for four years.

A graveside service will be held on Oct. 26, 2019 at 1:30 p.m. at the Parker Town Cemetery with a social gathering at the Blue Water Casino events room after. A memorial service will be held in Kingman, Arizona, date TBD, where Virginia lived with her horses, dogs, cats, goat and 16 finches on an acre ranch. In lieu of flowers please remember Joan & Diana Hospice Home in Kingman, Arizona or your local Evangelical Presbyterian Church.