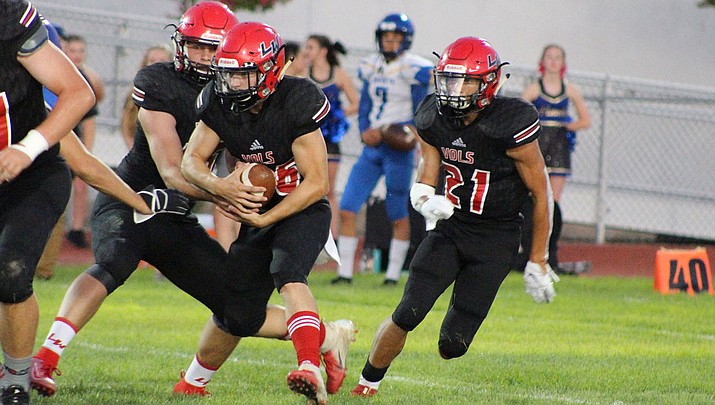 KINGMAN – It is safe to say the Lee Williams High School football team wants to forget the past two games. The Vols did stay in each contest with a strong defensive effort, but the offense struggled in back-to-back shutout losses.

However, it is a new week and the focus is on turning it around at 7 p.m. Friday when No. 15 Prescott comes to town.

“We haven’t had the greatest last two weeks on offense, but we’re not discouraged by that,” said Lee Williams head coach Patrick O’Boyle. “We’re challenged by that as a staff and so are the kids. We’re looking forward to a good challenge again Friday night.”

However, the No. 28 Vols will also deal with a couple of external factors as the contest will serve as both Senior Night and Homecoming. That is not often the case, but senior Donnie Simms is focused on the task at hand.

“Prescott is a pretty good team, but they’re definitely beatable,” Simms said. “We just have to work, focus and I think we have a good chance of beating these guys.”

And it would be a great storybook ending for Simms and the 11 other Lee Williams seniors who will play on their home field one more time. 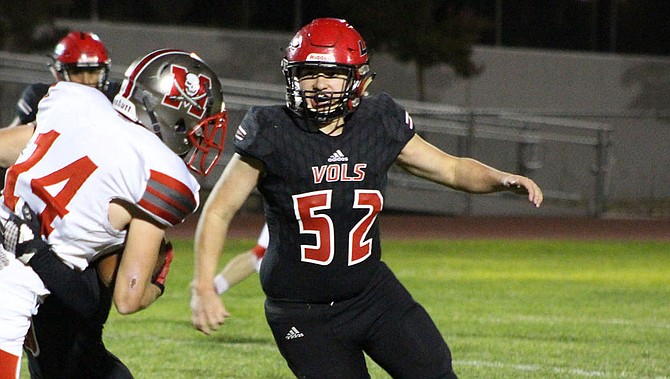 “We just tell them to enjoy the moment,” O’Boyle said. “It’s obviously very special for the seniors getting to play their last game at home in their career here. On top on that, it’s Homecoming and we have a couple of guys nominated for the Homecoming court. But the guys are mostly focused on Senior Night and not so much Homecoming. At the same time, it’s a special night for our kids and one we want to send them out on the right note.”

A victory would help do that, but it won’t be easy. Prescott (5-3, 3-1) is coming off a 56-0 win at home against Mohave last week and sits second in the 4A Grand Canyon Region standings.

Dellinger Boyd leads the way for the Badgers with 900 yards passing and 11 touchdowns. The senior has also found success rushing the ball with 491 yards and six touchdowns.

But the Vols are well aware of the challenge.

“Prescott does a lot of nice things – they’re very well-coached and they compete hard,” O’Boyle said. “We’re going to compete hard again and hopefully we’re disciplined enough and accountable enough to give ourselves a chance to win at the end of the game.”

And Lee Williams will lean on what has worked so far – its defense. And the hope is for that to carry over to the other side of the ball.

“One thing I say we need to work on is transitioning our defense to our offense because our defense is really good,” Simms said. “But we just need time to pick it up on offense and get going with that.”