Suns fall to Nuggets in OT 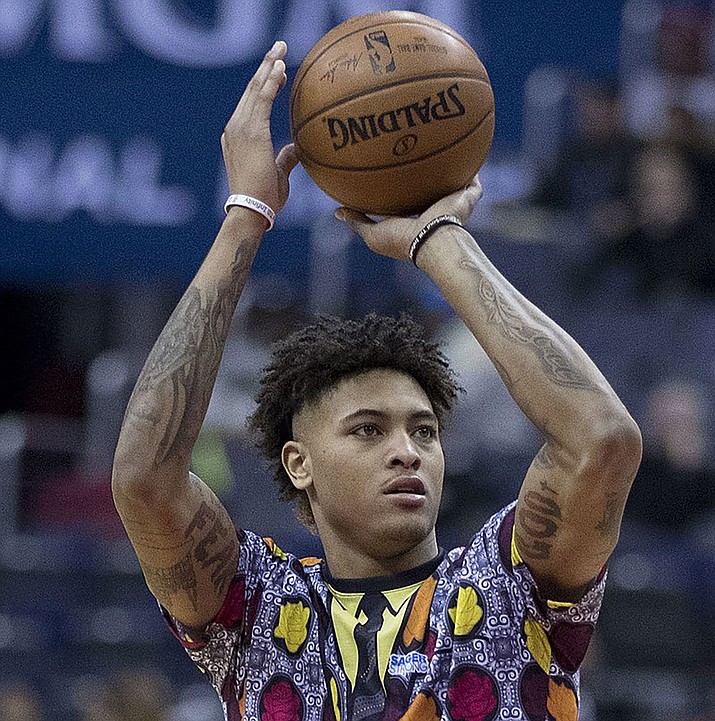 DENVER (AP) – This was Jamal Murray's overriding emotion after watching his teammate block a last-second shot to preserve the win, after seeing another teammate called for a foul on a half-court shot to send the game into overtime and after his clutch baskets in the closing moments:

A fitting feeling following such a crazy contest.

Murray scored seven of his 27 points in OT and the Denver Nuggets regrouped to beat the Phoenix Suns 108-107 in their home opener Friday night after Ricky Rubio tied the game late in regulation when he was fouled on a half-court shot.

"It was definitely a game of different emotions," Torrey Craig said.

Murray hit two free throws with 19.4 seconds remaining in overtime to give the Nuggets the lead. Devin Booker took a last-second shot for Phoenix, but Craig glided over from the opposite side to get a hand on the jumper.

"Sometimes you need games like that," said Craig, who had four blocked shots. "You can learn from it."

Nikola Jokic finished with 23 points, 14 rebounds and 12 assists to help the Nuggets escape after leading by nine with 3:10 remaining in the fourth.

Rubio extended the game in improbable fashion when he dribbled up the court and launched a 3-pointer as Malik Beasley grabbed his arm with 1.8 seconds remaining in regulation. He made all three free throws.

"Just an immature play by me. I've got to learn time and score," Beasley said. "We still pulled it out and still made great plays."

In overtime, Murray took control. His game-winning free throws came soon after Gary Harris swatted the ball away from Frank Kaminsky down low.

Rubio, Aron Baynes and Kelly Oubre Jr. all fouled out in OT. Oubre led the team with 23 points.

"We fought hard all night," Booker said. "Couple of things we need to clean up on, but we faced adversity tonight and we responded well to it."

"If we keep playing like that it's going to be a good season," Rubio said.

Before Beasley's unnecessary foul, he was having quite a fourth quarter – scoring eight straight points for Denver during a critical stretch. Jerami Grant also came up big in the fourth with a crowd-energizing, one-handed dunk off a missed 3-pointer.

The Nuggets have improved in each season under coach Michael Malone, going from 33 wins his first season to 40, 46 and 54 last season when the team earned the No. 2 overall seed in the West. A big reason for their success was an NBA-best 34-7 mark at home in 2018-19. Malone has challenged them to improve that record.

"Let's hold ourselves to an even higher standard," he said.

Suns big man Deandre Ayton missed the first of 25 games after being suspended Thursday for violating the terms of the NBA/NBPA Anti-Drug Program after testing positive for a diuretic. Baynes had 15 points in place of the second-year center.

"We know things are going to happen, so when your name's called up you've got to perform," Rubio said.

Williams holds Malone in high esteem. The feeling is mutual.

Malone was a member of Williams' staff in 2010-11 when Williams was the head coach in New Orleans. Malone remembers an important lesson Williams imparted — family first.

"He was kicking me out of office, telling me to go home," Malone recalled. "He understood the importance of family."

Suns: Host Kawhi Leonard and the Los Angeles Clippers on Saturday night. The Suns have lost 12 straight to the Clippers.