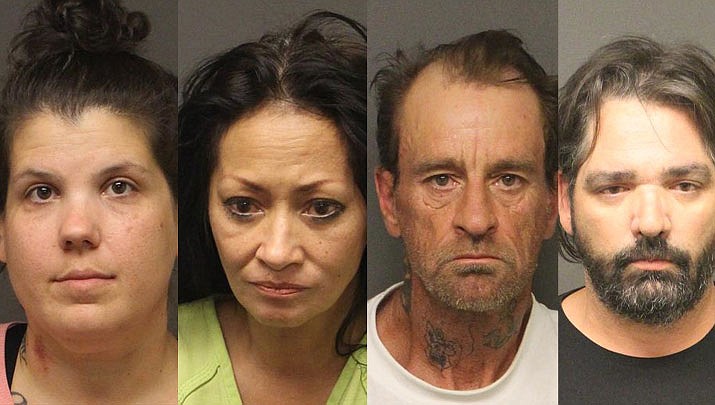 The Mohave County Sheriff’s Office and the Kingman Police Department made the following arrests for the week ending Oct. 25: 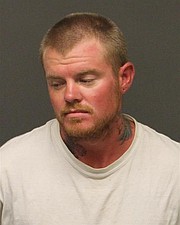 At 10:45 a.m. Friday, Oct. 18 deputies responded to a hotel in the 3100 block of London Bridge Road for a delayed domestic violence call. The alleged victim claimed that on the night prior, Hoefs had entered her hotel and placed his hand around her neck, choking her while holding a knife to her stomach.

Deputies observed bruises on the neck consistent with strangulation, and recovered the pocket knife described as being used. Deputies responded to a job site in the 3400 block of Thunderbird Lane where Hoefs was working and placed him in custody. 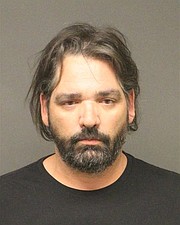 At about 6 p.m. Thursday, Oct. 17 deputies responded to the 1900 block of Easy Street to a domestic violence call. Deputies made contact with the alleged victim, who advised she had a verbal argument with her husband, identified as Mohs. The victim advised that she had her back to Mohs when he placed his hands around her throat and began choking her.

The victim advised she was able to get away and Mohs left the residence. A child at the residence confirmed the victim’s statement. Deputies responded to a residence in the 5500 block of Ruby Street and contacted Mohs, who advised he had acted in self-defense. He was booked into the Mohave County Adult Detention Facility without incident. 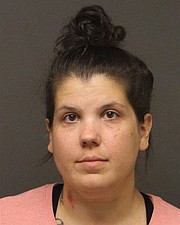 Deputies observed a tan sedan driving southbound at about 9:45 p.m. Wednesday, Oct. 16. Using radar, deputies clocked the vehicle at about 53 mph in a 35 mph zone. The deputy also reported the vehicle traveled over the center lane.

Deputies contacted the driver, identified as Davis, and “noticed the odor of an alcoholic beverage coming from inside the vehicle.” Davis reportedly told deputies she had a couple of shots. Deputies say Davis used the vehicle’s door to stay balanced when asked to exit the vehicle.

A records checked revealed her license was suspended, and Davis reportedly refused to conduct field sobriety tests. A breath test was conducted, which showed a blood alcohol content of .127%. 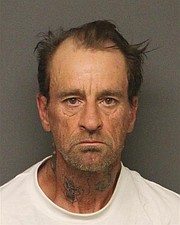 Michael Christopher Grensavitch, 55 of Kingman, was arrested by the Mohave County Sheriff’s Office after deputies say they observed a syringe in plain sight during a traffic stop.

At about 7 p.m. Thursday, Oct. 17 deputies conducted a traffic stop of a vehicle with one headlight driving on Melody Street. The driver, Grensavitch, reportedly told law enforcement he did not have a license and began looking in the glove box for the remaining paperwork.

Deputies then observed a syringe in plain sight inside of the vehicle. Grensavitch was asked to exit the vehicle, and a records check revealed an expired driver’s license. A pat search revealed 1.1 grams of suspected methamphetamine and a baggie containing marijuana, deputies said.

Grensavitch was booked into the Mohave County Adult Detention Facility on suspcion of felony charges of dangerous drug possession and a drug paraphernalia violation. 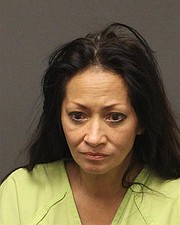 After responding to a report of a passed out or sleeping woman behind the wheel of a parked vehicle on Saturday, Oct. 19, Kingman Police Department officers arrested 55-year-old Kingman resident Taina Jean Feil on felony drug charges.

Witnesses reported that a woman was sleeping or passed out behind the wheel of a vehicle at around 11:45 a.m. at a park in the 3800 block of N. Willow Road. Officers responded to check the welfare of the woman, identified as Feil. During that time, Feil was reportedly found to be in possession of hydrocodone prescription medication, heroin and associated drug paraphernalia.

Feil was arrested on suspicion felony charges of possession of prescription only drugs, possession of narcotic drugs and possession of drug paraphernalia. Feil was then booked into the Mohave County Adult Detention Facility.