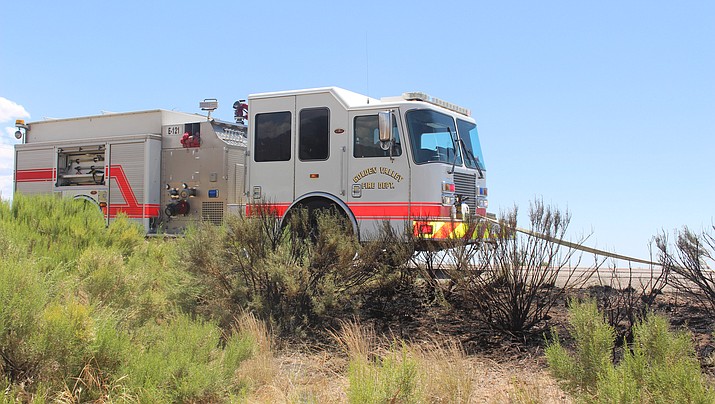 Over the last week, nearly 120 Arizona firefighters, including two from Golden Valley and one from Bullhead City, and 34 engines arrived in California to lend a hand on multiple wildfires burning across that state.

The three firefighters from Golden Valley and Bullhead City left for California together in a type 6 attack vehicle, according to Golden Valley Fire District Public information Officer Butch Merwether.

On Thursday, October 24, the Arizona Department of Forestry and Fire Management received an initial order for ten engines to head to California. On Sunday, California fire officials asked for 24 more.

In total, 34 engines and nearly 120 firefighters are in California and assigned to various roles. Twenty-four of the engine crews are prepositioned throughout California. Some of those crews are staged in anticipation of new fire starts while others are acting as backfill for local departments. The other ten engines have already been assigned to various wildfires.

As California braces for another wind event in the next few days, it is likely they may request more resources from Arizona.

Firefighters are on a minimum 14-day assignment.

For more information, contact Tiffany Davila at 602-540-1036 or by email at tdavila@dffm.az.gov

Information was provided by the Arizona Department of Forestry and Fire Management.