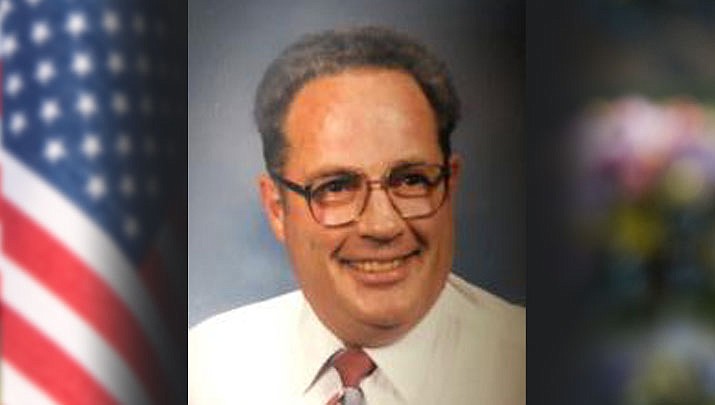 Paul Eugene George of Kingman, Arizona, passed away peacefully Thursday Oct. 17, 2019 in Las Vegas, Nevada at the age of 83.

Paul was born on Jan. 12, 1936 in Portland, Oregon, to Dr. John Otto George and Virginia Lee George. He was the oldest of four siblings – Virginia, Jack and Michael. He spent some of his early childhood years in Alaska when his father Dr. George served as a travelling doctor. The George family moved back to Portland in 1941, moved to Oklahoma, then to Westport Oregon in 1952 where Paul attended Clatskanie high school. He served a short time in the Army and was given an Honorable Medical Discharge. He was married to Sonja Multanen in 1956 and together they had seven children. In the late 1950s the family moved to Bremerton where Paul was an Apprentice at the Naval Shipyard. After moving back to Portland, the family eventually settled in Clatskanie in the 1960s where paul worked as a machinist at the Wauna Mill. After his divorce he worked for Warehouser in Longview, Washington, and later moved to Port Angeles, Washington, where he met his wife Donna. After Donna passed away Paul had many adventures in his airplanes and RVs in which he met his wife Virginia. They settled down in Kingman, Arizona.

Paul was known by many for his humor and gift of storytelling. He always had a joke to tell. He was an aviation enthusiast and during his lifetime flew many different types of general aviation aircraft as well as built many for his personal enjoyment. He enjoyed wood working and was very creative. He had an adventurous spirit for travel.