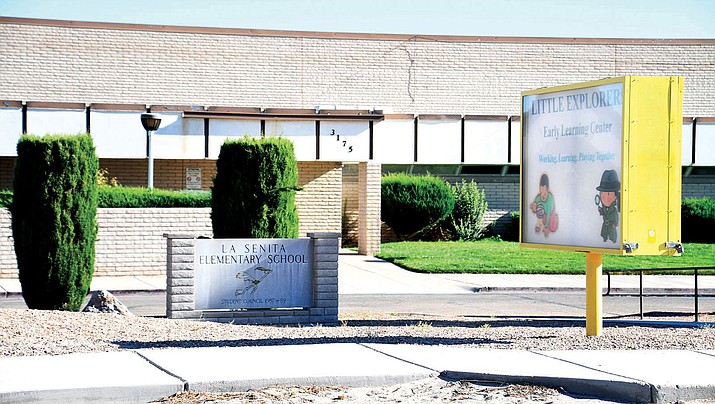 KINGMAN – Educator’s each day try to make a difference in a student’s life whether it be one-on-one in the classroom or at a higher level as an administrator.

Kingman Unified School District is a local institution where students go to learn and teachers go to make the figurative lightbulb turn on in a student’s mind. It is also one of the oldest districts in Mohave County with its roots dating to 1872.

KUSD’s Governing Board has slated a special election this year for a $35 million bond that will help bring Palo Christi school back into a fully functioning building, update HVAC units, add a digital entry system, purchase 10 new buses and renovate La Senita school.

Palo Christi has been with the district the longest, the physical structure dates back to 1929 when it was the Kingman Grammar School. In 1963 its name was changed to Palo Christi.

The bond would help renovate Palo Christi into a permanent home for the district’s preschool and contain a small space for a teacher training center. Currently both are housed in La Senita.

La Senita has been around since 1963 and with the bond it will also get renovated for it to be a fully functioning elementary school with grades K-5. This would help alleviated crowding elsewhere in the district. Seventeen million dollars would go toward renovating Palo Christi and $1 million would go toward La Senita.

Many members of the community once attended Palo Christi, or were around when it was still open.

Gary Waters, a Kingman resident, is in support of the bond because it’s investing in the future of the children of Kingman.

“You have something existing that needs to be taken care of. It makes sense to preserve things for generations to come,” he said. “We need to invest in our kids.”

The bond would also renovate HVAC systems in various schools in the district, with $14 million going toward the upgrades. Some of the HVAC units that need upgraded are in Kingman Middle School, Manzanita and La Senita. Upgrading the HVAC systems would help with energy efficiency and save the district money in the long run.

The 10 buses would cost $1 million. Over the past few years the district has been trying to upgrade its fleet through leases or other funding mechanisms. Recently the district received 11 new buses through the Volkswagen settlement with the state.

The news buses will help improve the fleet by including buses with air conditioning, since there are still older buses that don’t have AC. The goal is for all district buses to be 15 years or less in age.

Why is the district asking for the bond? According to the district, the state started reducing capital improvement allocations to schools districts across the state in the 2010-2011 school year.

The district the reductions to date have cost the $17 million in capital funds.

“KUSD was part of the recession and the state has taken $17 million over the last eight years out of our budget and basically because of that we are behind in several areas,” explained Ahron Sherman, KUSD finance director.

As a taxpayer, how much would the bond cost me?

Sherman said the average value of a commercial property in the district is $394,400 so the tax impact on the average business would be $295.68 a year.

“We plan to have a committee and hope that people from the community who are interested in this would be a part of that committee,” Sherman said. “In there is where we would be transparent – ‘here are the items that are up and want to purchase now, here are some potential new solutions’ whatever that is we would want to run that all through the committee so that they knew at every step what KUSD was doing to make its promises true to what we asked for.”

If the bond doesn’t pass in November, the district would need to reassess its plans to look for alternative solutions to overcrowding in classrooms, HVAC issues, safety initiatives and bus fleet replacement.

KUSD Superintendent Gretchen Dorner said if any community clubs or organizations would like to have someone from the district talk about the bond at one of their meetings to call 928-753-5678.