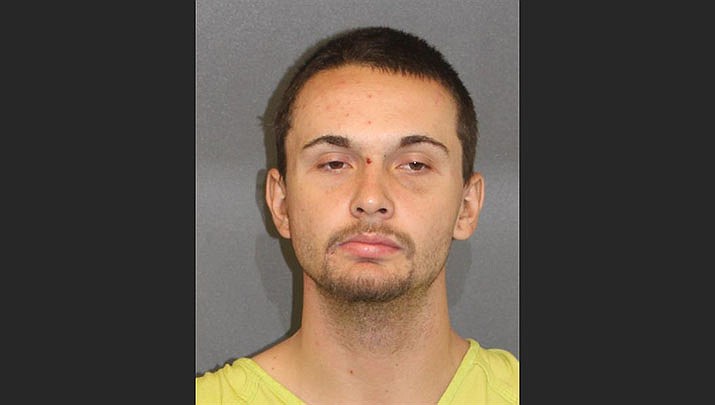 At approximately 1:30 a.m. Saturday, Aug. 31 deputies observed a silver vehicle traveling south on N. Castle Rock Road and a red quad traveling close behind it. Upon closer observation, deputies observed the quad did not have a visible license plate and attempted to conduct a traffic stop.

The silver vehicle and quad continued on, and the deputy continued to pursue. Eventually, the silver car pulled off the roadway, but the quad continued on, pulling into the desert area attempting to evade deputies. The quad pulled into a wash between Bluebird Lane and Robin Lane.

The deputy terminated the pursuit, but attempted to keep the quad in his visual, when the silver car pulled in front of the deputy, causing the deputy to lose sight of the quad. Contact was made with the driver of the silver vehicle, and the female driver identified the quad’s operator as a friend of her son’s. A records check revealed the female driver’s son was Combs, and the deputy was able to identify Combs as the quad’s operator using prior mugshot photos.

It was also learned that Combs had an active felony arrest warrant. Deputies responded to a residence in the 3500 block of Dove Lane and observed the quad in the yard. Deputies obtained consent to search the house for Combs, and learned that he had climbed into the attic and was refusing to come out.

After several verbal commands to come out went unanswered, Mohave County Sheriff’s Office SWAT was called to assist with the barricaded suspect. Oleoresin capsicum and a CS gas canister were deployed into the attic, and Combs eventually came out of the attic and was taken into custody.