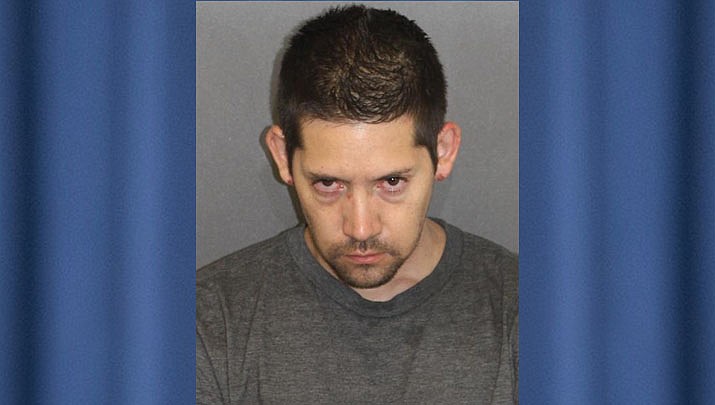 At approximately 9:15 a.m. Tuesday, Sept. 3 officers obtained information that Rivas was involved in alleged illicit drug activity in the 3400 block of Stockton Hill Road. Officers arrived and attempted to contact Rivas, who was in a parked car.

Rivas began to drive, when an officer attempted to stop him. According to a police news release, Rivas continued driving, fleeing onto Stockton Hill Road. He got stuck in traffic in the intersection of Stockton Hill Road and Airway Avenue, where he crashed into another stopped vehicle.

Rivas exited his car and fled on foot, with officers in foot pursuit. An off-duty Arizona state trooper assisted and Rivas was captured and apprehended. Rivas was found to be in possession of suspected heroin and methamphetamine.

Inside his vehicle, officers located several handguns, one of which had been reported as stolen, and assorted drug-related paraphernalia, which the news release said indicates Rivas was actively involved in drug sales.

Rivas was also wanted in connection to a previous shoplifting incident. He was booked into the Mohave County Adult Detention Facility. Additional charges are pending further investigation, possible include DUI drugs, police said.