Older Than Dirt | The real seniors of Kingman, Arizona 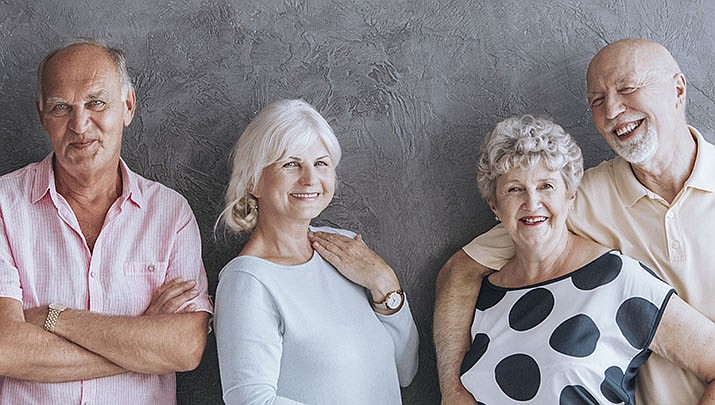 I would like to have cameras follow these old folks to their doctor appointments and trips to Walmart. (Adobe Images)

I think it is time to put a new version of the Golden Girls back on television. I know I often find myself enjoying the reruns.

Of course I would like to see a few changes on a newer version. Perhaps instead of living in Florida, they might live in Kingman Arizona. Instead of getting along like they did, we could inject a bit more fighting. I can tell from my own experience, old people who live together, fight!

I probably should be saying, argue and not fight. When you struggle to hear each other from one room to another, it can often lead to both arguing, as well as some humorous moments. Even when you do not have selective hearing, you might make out only one word, and improvise the rest.

This does often lead to some funny outcomes. I would like to have cameras follow these old folks to their doctor appointments and trips to Walmart. If you are at all a people watcher, you have seen and heard some pretty funny stuff out there.

I also want to see a lot more interaction with their adult children, grandchildren and great-grandchildren. It is the whole group of family and friends that really reflects the lives of old people. (When I say "old" I refer specifically to those at least 65 years old.)

The Golden Girls never had pets! How did that happen? Everyone knows that once the kids leave home for good, they are soon replaced with dogs and cats. I say this in the kindest way, of course.

So, have you had enough Kardashians, Housewives of God knows where, and Big Brother? Can someone let the powers that be know that we are ready for a real show about seniors? The Real Seniors Of Kingman Arizona..Got a nice ring to it.