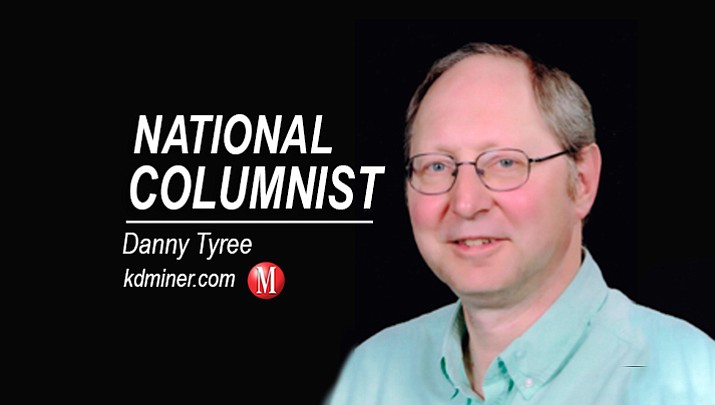 Do you long for the days when the only outbursts our delicate ears had to worry about were the Z word (“Zoinks!”) and the J word (“Jinkies!”)?

Then you might want to pop open some Scooby Snacks and celebrate the fact that September 13 marks the 50th anniversary of “What a Night for a Knight,” the first episode of “Scooby-Doo, Where Are You?”

Yes, the generational torch has been passed time and again during the past 50 years (and I can only hope that the more cynical fans are WRONG about Norville “Shaggy” Rogers lighting up a little cannabis every time the torch passes).

It’s hard to exaggerate how intricately the Scooby mythos has become woven into our culture. According to my top-secret sources, Al Gore and Hillary Clinton have both been known to mutter, “...and I would have gotten away with it, too, if it hadn’t been for you meddling Electoral College electors!”

Much of the success of Scooby-Doo is attributed to its being exciting without being TOO nerve-wracking and nightmare-inducing for young viewers. But binge-watching can cause trauma for those of us who are rediscovering the shows through our children or grandchildren. I mean, you stroll up to the bathroom mirror and announce, “Let’s see who this really is” – before screaming, “It’s me! It’s really me!”

Ah, but who cares about a few gray hairs and wrinkles? At least I’m alive, unlike a dismaying number of prematurely departed first-generation Scooby fans. As a public service, Scooby always taught us that you can invariably trick pursuers into playing hopscotch, pattycake or jump-rope with you. Unfortunately, cutting-edge computer models developed since 1969 have proven conclusively THAT DON’T WORK SO GOOD IN THE ‘HOOD!

Scooby-Doo and Shaggy are almost inseparable, but sometimes Scooby falls short on the Unconditional Canine Loyalty benchmark. Although the whole Mystery Incorporated gang is together for the newly launched “Scooby-Doo and Guess Who?” series on Boomerang (the 13th TV series incarnation of the Scooby franchise!), some of the versions have completely eliminated teammates Fred, Daphne and Velma. (“Relp! Relp! The network is offering me all kinds of cash to ditch the third, fourth and fifth wheels!”)

Who knows what it would take to bedazzle the Emmy voters, anyway? The Mummy of Ankha has opioid prescriptions written on his wrappings? The Miner 49er is killed in prison when it is discovered he used fracking? Scooby gets a more upscale nephew?

While countless “hot” TV characters have faded into obscurity, Scooby-Doo is loved everywhere. Our church helps sponsor a missionary to Guyana, and his most effective icebreaker is passing out Scooby T-shirts. The appeal is not just international. I’ll bet that when the first earthlings plant a flag on Mars, there will be a Little Green Man muttering, “Ruh roh! There goes the neighborhood!”