Column | ‘The Hunt’ is canceled, but the left still pursues conservatives 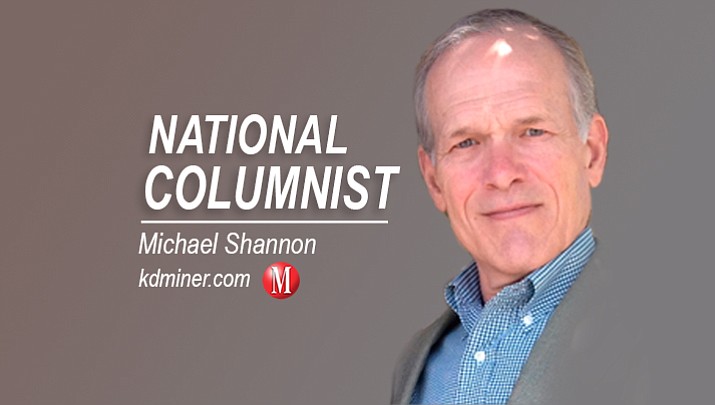 It was disappointing when Hollywood temporarily canceled the premier of "The Hunt," a movie where leftists killed Deplorables for sport. Don't mistake this cancellation for a ceasefire. Conservatives may not be shot on the big screen, but leftist commissars are still gunning for us.

The Washington Post's Viewpoint section is proof. On any Sunday, the WoePost's opinion pages read like the editorial page of the Oberlin College student newspaper. Feverish leftists imagine conservative shock troops massing behind every Chick-Fil-A (closed on Sunday, so storm troopers in the parking lot won't interfere with business). A blast on a racial dog whistle will signal the beginning of a goose-stepping march toward Congress (also closed on Sunday and inactive for most of the rest of the year, too).

She began, "After the El Paso shooting, Ben Shapiro, a popular conservative podcaster, asked Americans to draw a line between the few conservatives who are white supremacists and those who, like him, aren't. [He complained] 'Too many on the political left [are] castigating the character of those who disagree,' lumping conservatives and political nonconformists together with racists and xenophobes.'"

Eve then proceeds to give Shapiro his lumps by contending conservatives derive their inspiration from antebellum slavery defenders. "The reasonable right's rhetoric is exactly the same as the antebellum rhetoric I'd read so much of. The same exact words. The same exact arguments. Rhetoric, to be precise, in support of the slave-owning South."

Translation: There is no "reasonable right." All conservatives are racists.

The part I found most rewarding in this guilt-by-grammar character assassination was Fairbanks' all-inclusive indictment. She includes lukewarm, don't-hold-Trump-against-me cringers like Bari Weiss and Bret Stephens in her list of Deplorables, along with non-Trump voter Bret Easton Ellis and lefty Nicholas Kristof whom she accuses of channeling John C. Calhoun when he merely calls for supporting freedom of speech.

There are no conscientious objectors in a culture war. You are with the left or you are on their list.

Fairbanks' smear of mainstream conservative thinkers is designed to blacklist them and their ideas. By linking Shapiro with slavery, she seeks to narrow the range of approved opinion and approved opinionators. She and the WoePost's leftist stenographers know that by publishing her contemptible Rhett McCarthyism, it gives her dishonest attack the stamp of authenticity and mainstream validation.

Publication in the WoePost enables others to cite her dishonest bile as a legitimate reason to dismiss all conservative ideas and deny conservatives a platform. This is not an isolated instance.

The week before, Marissa Brostoff accused moderate author J.D. Vance – nominally a Democrat – of being a racist because he "lamented a falloff in white births." Only Vance said no such thing and over Brostoff's objections the WoePost corrected the slander.

This week the San Francisco Board of Supervisors passed a resolution declaring the National Rifle Association a "domestic terrorist organization." This means in the city where poop on the sidewalk is "the San Francisco treat", duck hunters who don't even own an AR-15 and think the NRA can be a bit extreme are now official terrorists.

Do you notice a pattern here? Speakers, organizations and ideas are systematically being ruled beyond the pale.

The left intends to make public expression of conservative ideas socially unacceptable and professionally risky. How many average conservative citizens are going to express their thoughts in public when they see high-profile individuals driven underground? How many will attend rallies? How many will even put a bumper sticker on the car?

Fairbanks is convinced conservatives are afforded too many opportunities as it is. She spins universities forced to pay for security to prevent leftist thugs from attacking conservative speakers as, "bending over backward to give platforms to right-wing writers and speakers who already have huge exposure."

Exposure is defined as appearing on Fox News or writing a New York Times bestseller in spite of your book being denied reviews by the same NYT.

The kind of "exposure" Fairbanks and her fellow travelers really seek for conservatives is demonstrated by a Reddit thread that advertises a web guide to locate otherwise anonymous Trump contributors and learn their home addresses and occupations.

Snooze-alarm conservatives need to wake up. In the left's view, no one is a little bit conservative and no blow is too low. These developments are ominous alone and together constitute a warning klaxon.

Claremont Review of Books writer Angelo M. Codevilla termed our current situation a "cold civil war." Every indication is the cold civil war is heating up faster than the left's climate fantasies.

America: An Us vs. Them Nation
An optimistic view
Column: Freedom of association is great ... for liberals
Column | Google’s Leftist Goggles Leave Googlers Agog
Letter: Stamper Brown boils the blood