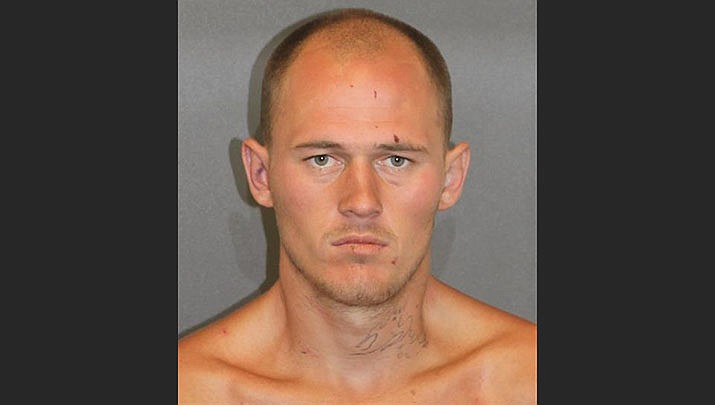 At about 5 p.m. Wednesday, Sept. 4 deputies responded to a business in the 4000 block of Highway 68 in reference to criminal damage. The reporting party advised she arrived at the business and observed the ashtrays and trash cans had been thrown around the parking lot. A short time later the victim attempted to turn on the neon sign, which was broken.

Deputies arrived and the victim showed them video surveillance which showed a white, male going through the trash cans and ashtrays before throwing them around the property. The male subject then threw a beer bottle at the sign, causing the damage. The victim estimated the cost to repair the sign at approximately $1,000.

A records check revealed an active arrest warrant and Edmondson was detained. A search reportedly revealed a metal pipe and suspected marijuana in his pants pocket. Edmondson was arrested for felony criminal damage, misdemeanor marijuana possession and drug paraphernalia possession, and an active arrest warrant. He was transported to the Mohave County Adult Detention Facility.

Edmondson was seated near an entry door while being processed for his charges, at and allegedly attempted to run out the door when a staff member exited. The door secured before Edmondson could reach it, and Edmondson was immediately detained and relocated to a holding cell.

At about 8 p.m. Thursday, deputies were called back to the jail in reference to Edmondson breaking the window of the holding cell door. Detention Officers advised that Edmondson, who was alone in the cell, was observed throwing his food tray at the window several times before the glass broke. The estimated cost to repair the window is $800. Edmondson was also arrested for destruction to a jail and 2nd degree escape, both felonies.