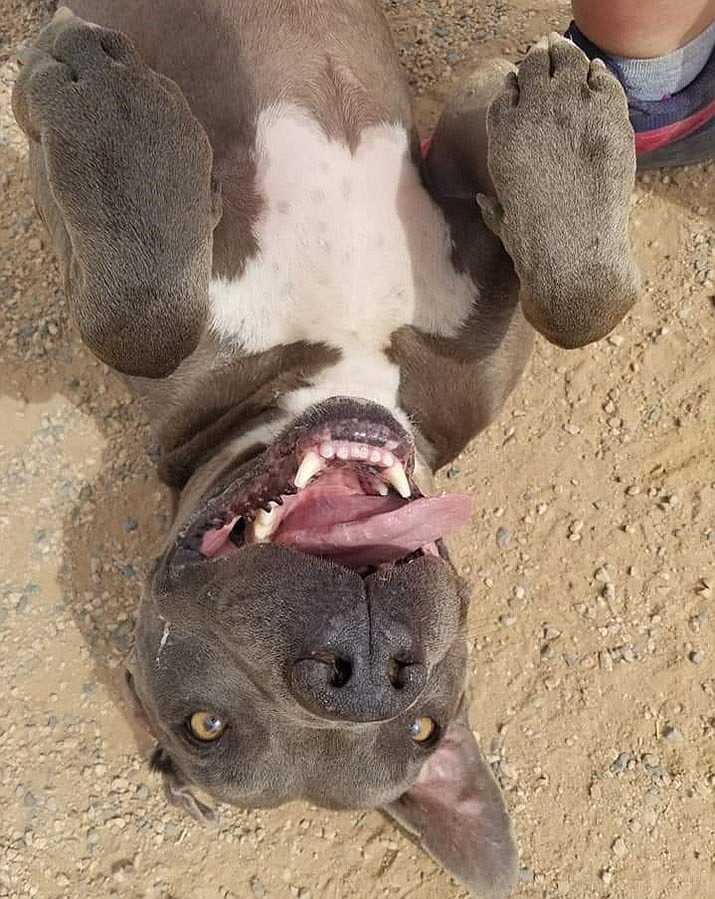 Animal lovers can smile big, too, as those who have subjected a domestic animal to cruel mistreatment can now be charged with a Class 5 felony. (Photo courtesy of the Mohave County Animal Shelter)

Got something on your mind? Tell us about it in 40 words or less.

It’s about time animal abusers are punished. Those sick freaks can just as easily hurt children. The lack of empathy is frightening. Something is very wrong with people who enjoy others’ pain and torture, animal or human.

Communicating with cops – I have had no real interaction with our police department. However, I believe they are doing a good job and are always fair and reasonable.

Most immigrants coming here are fleeing gang violence and famine, not bringing it! And our present administration is turning its back on humanity and on the U.S. laws on asylum!

Guzzardi LIES! Trump’s policies are pro-cruelty. the newest one is canceling the medical exception for kids with life threatening illnesses that are not treatable in their own countries. They are being given a month to go back to die.

Cruelty to Animals – Yes! There is no excuse to be cruel to an animal. This law does not go far enough! Studies show that those who are capable of harming animals often step up to harming other humans. Good job!