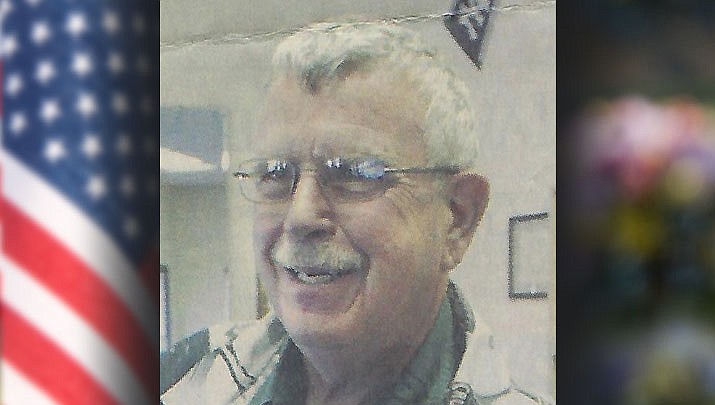 Anton Les Nelson was born April 9,1942 in Havre, Montana and passed away at home in Kingman, Arizona on Sept. 12, 2019 from cancer; a battle that he fought hard for the past nine months. Les joined the Navy after college and spent four years aboard the USS Frank Knox off the coast of Vietnam. He then continued his service in the Navy Reserve, Army Reserve and Montana Army National Guard. Les was a barber by trade for over 41 years and always had the gossip before the newspapers. He and his wife; Colleen became snowbirds traveling between Butte, Montana and Kingman, Arizona; and made many friends through the rock and gem clubs he joined. He enjoyed camping, fishing, working on his rocks and western movies. He is survived by his wife of 38 years; Colleen, his special niece and caregiver; Elaine Blasdel, sister; Helen Kessner from Montana, also best friends; Ryan Sonner and Frank Crouch and son; Les Nelson. He was preceded in death by his daughter; Cheryl, son; Wayne, mother and father; Anton and Blanch Nelson and sisters; Dorothy Fredenberg and Agnes Chapin. Per his wishes there will be no services and a private memorial will be held in Montana at a later date. In lieu of flowers please honor Les by donating to Wounded Warriors, Shriners Childrens hospital or a foundation of your choice. The Nelson family would like to Thank Compassus Hospice. Thoughts and condolences can be sent to the Nelson family at Mohave Memorial Funeral and Cremation Services.