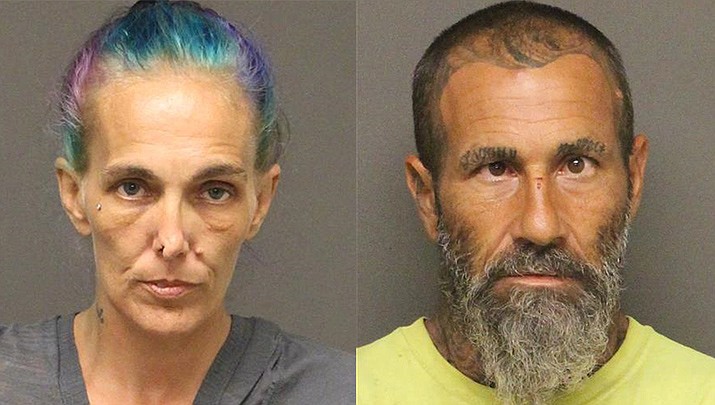 Both also had assorted misdemeanor warrants for their arrests on other, unrelated charges. Officers responded to a residence in the 700 block of Ridgecrest Drive to assist Department of Child Safety investigators.

Investigators found that a 5-year-old girl had answered the door, with no evidence of a parent or guardian in the home. KPD officers entered the home and found Donna Gurney hiding in a back room, apparently due to having a warrant for her arrest.

At this time officers reportedly observed methamphetamine and assorted drug paraphernalia in the residence.

Gurney was arrested and the 5 year old was taken into protective custody by DCS. Investigators obtained a search warrant and later found additional amounts of methamphetamine and the associated drug paraphernalia to indicate drug sales, reports law enforcement.

During the service of the search warrant Michael Gurney arrived and was taken into custody on several arrest warrants. An older child was also taken into protective custody by DCS upon returning from school. Both Gurneys admitted involvement in the offenses and were booked into the Mohave County Adult Detention Facility. The home has been condemned as uninhabitable by the Kingman Fire Department.