Suspects arrested for alleged burglary of $8,000 in shelving 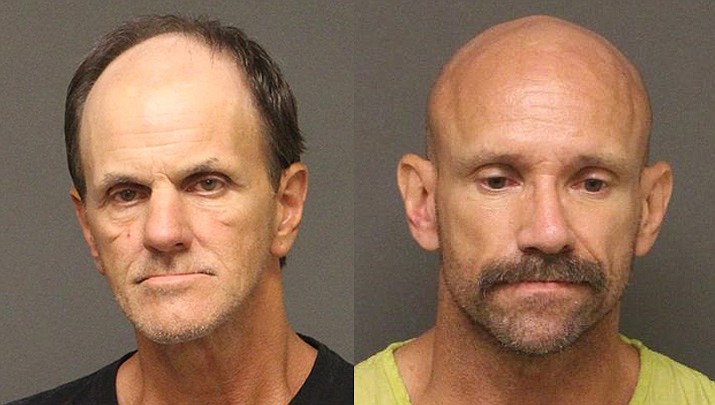 KPD investigated a burglary to a business in the 2600 block of Hualapai Mountain Road Tuesday morning. It was discovered that sometime during the previous night suspects had broken into a storage shed behind the business and removed over $8,000 in aluminum shelving.

Investigators were able to find Lewis at a recycling business on Andy Devine Avenue, where he was reportedly found to be in possession of some of the stolen shelving. Lewis was additionally charged with felony trafficking in stolen property.

Investigators later served a search warrant at a residence in the 3900 block of Ryan Avenue. Law enforcement says Wright was found at the location, along with the remainder of the stolen shelving, and arrested.

Both admitted involvement and were booked into the Mohave County Adult Detention Facility.