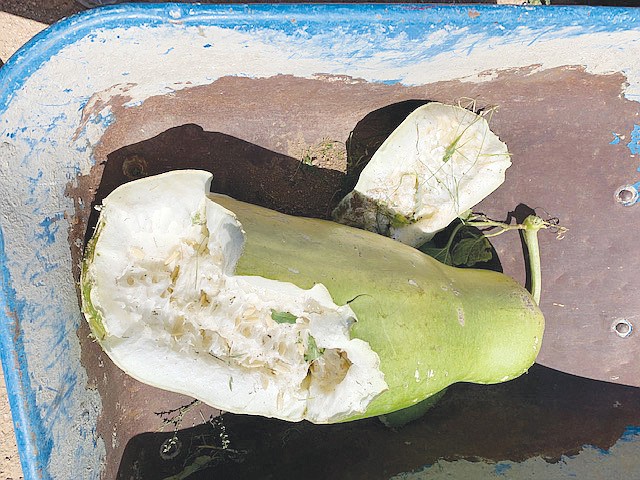 KINGMAN – Maybe they could use a scarecrow?

A dozen or more heirloom pumpkins and gourds met a premature demise last week during a raid on the Dig it Kingman Community Garden.

Garden officials report that numerous pumpkins and gourds were smashed along the back fence of the garden. Also, three zucca gourds were stolen, and one was found smashed in nearby Cecil Park.

“The sad part of this is that we were growing these heirloom plants to save the precious seeds to share at an Heirloom Seeds Workshop,” a community garden news release noted. The workshop, held in cooperation with the Master Gardeners’ program, is set for 1 p.m. Oct. 26 at the Mohave County Extension Office, 101 E. Beale St.

City police have been notified, and community garden officials will be keeping an eye on the garden. Anyone who noticed anything suspicious at the garden on Saturday, Sept. 14 is asked to call the police department or Mike Roundy at 928-715-1165.