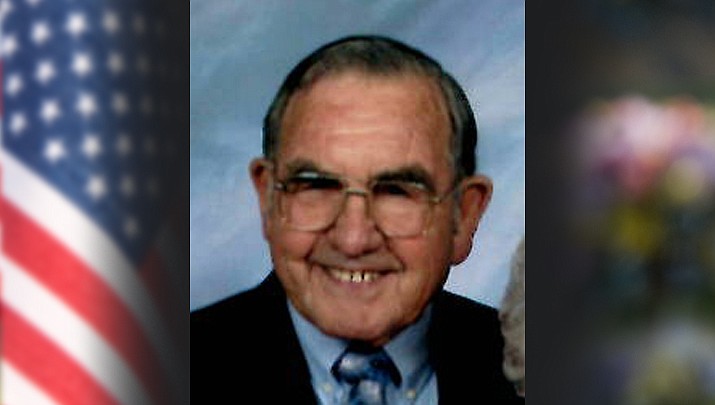 Bob was born on Oct. 13, 1923, in Birmingham, Alabama, and christened Virgil Ogliver Campbell Jr., after his father. It was his mother, Mary Louise (McSweeny) Campbell, who instead called him ‘Robert’ and Bob adopted the name Virgil Robert Campbell as a compromise, enabling him to honor his mother and his father, like the good book says.

After graduating San Diego High School in 1942, Bob joined the United States Navy and was accepted into its Naval Aviation Cadet program. Two years later he received his certification as a Naval Aviator and began his career as a pilot.

Bob first met Aldee Haack in 1945 and as soon as Bob returned from the Pacific and was released from the Navy in October of 1946, the two married. Bob took a civilian job with the Naval Air Station in San Diego before being recalled to active duty in the Navy from 1948 to 1950. Bob was returned to inactive status just prior to the start of the Korean War, but went on to work at the Naval Air Station Training Department and fly in the Naval Reserves.

Then in 1951, as Bob put it, “my dreams came true” and he was hired by TWA, first as a co-pilot and then graduating to captain in 1957. Bob continued to fly until he retired in 1983 at the age of 60, having achieved the rank of Senior Check Captain for TWA’s fleet of Boeing 747s. He referred to this period as “the golden age of aviation” and loved sharing his many entertaining stories of rubbing elbows with ‘jet set’ celebrities on board his transatlantic flights.

On the ground Bob was an active member of the Horseless Carriage Club of America, enjoying many tours of the western U.S., Canada and Mexico in the several pre-1916 cars he owned, his favorite being a 1913 Model T that he called ‘Esmerelda.’ Bob served on the national board of the HCCA from 1971 to 1979 and then again from 1994 to 1998, being elected to terms as its chairman and as its president during both tenures.

In 1998, Bob and Aldee moved from California to Kingman, Arizona, where after all the moves that Bob’s work had demanded of them, they were finally able to truly settle down. Bob quickly became active in many Kingman community groups such as Gideons, Salvation Army, Route 66 and WACOG, while alongside Aldee he helped found Kingman’s Cerbat Garden Club. Most importantly of course, the two joined the Kingman Presbyterian Church, where Bob devoted himself to the service of that faith on which he and Aldee both relied, taking on many leadership roles. Bob called its congregation his “church family”, and said they made Kingman “truly a place to call home.”

A memorial service will be held at the Kingman Presbyterian Church on Sunday, Oct. 13 at 2 p.m.

A reception will be held following the service.

In lieu of flowers donations may be made in Bob’s name to the Kingman Presbyterian Mission Travel Fund or to the Joan and Diana Hospice House, Kingman.