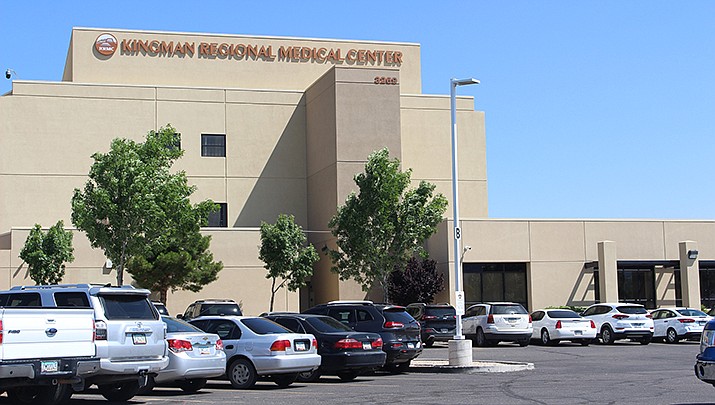 There are now 28 confirmed cases of coronavirus in the area served by Kingman Regional Medical Center, and 50 in Mohave County. The number of Kingman cases has been rising rapidly, with 17 positive tests announced since Sunday, April 15. (Miner file photo)

KINGMAN – Another positive COVID-19 case has been confirmed in the Kingman service area, bringing the Mohave County total to 50, 28 of which are in Kingman.

The new case from Kingman is an individual in the 45-54 age range who is currently in isolation and recovering at home, Mohave County announced in a news release at about noon on Wednesday, April 15. The contact investigation has been initiated by public health nurses, and it has been determined that the case is not epidemiologically linked to another case, nor is it travel related.

There are now 28 confirmed positive COVID-19 cases in Kingman, 18 in the Lake Havasu City area including two deaths, and four in Bullhead City. The two individuals who died were both elderly with underlying health conditions.

Statewide, the Arizona Department of Health Services was reporting 3,962 cases and 142 deaths as of noon Wednesday, April 15. Nationwide more than 600,000 cases and nearly 26,000 deaths have been recorded.