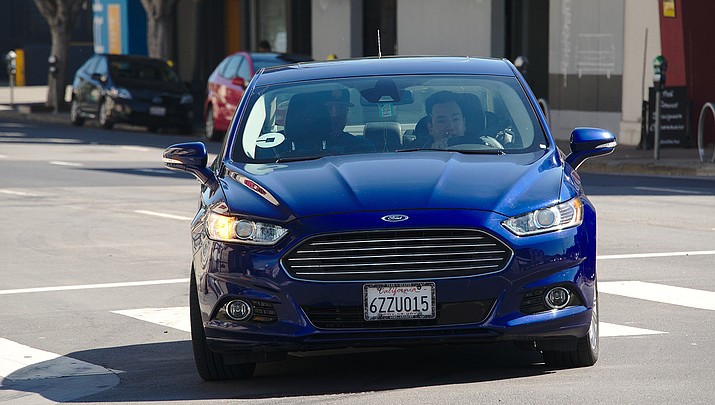 Unemployment compensation for gig workers, like ride-hailing drivers, will be available in Arizona by the middle of May. (Photo by Dllu, cc-by-sa-4.0, https://bit.ly/2Kvo7nM)

PHOENIX – Arizona plans to open a new system by mid-May to handle unemployment benefit applications from ride-hailing drivers, the self-employed and other groups of newly jobless workers who were previously ineligible for benefits, the state’s social-service agency announced Friday.

Those benefits were included in the massive $2.2 trillion federal relief bill passed by Congress late last month. But the Department of Economic Security needed to hire a contractor to handle the claims because of the added documents needed to prove eligibility.

The agency has been inundated with an unprecedented number of unemployment claims, tallying nearly 420,000 in the past five weeks. The average before the virus hit and forced the shutdown of many businesses was about 3,500 claims a week.

Many people who lost jobs are already receiving benefits, although there is a backlog. But the self-employed, so called “gig workers” and others newly qualified under the federal relief package have been left out. The bill signed by the president on March 27 provides an extra $600 a week for four months for the unemployed, on top of the state's maximum $240-a-week payment.

The Department of Economic Security said it will use a private vendor, Geographic Solutions Inc., to develop the new system, which will begin processing applications the week of May 12, resulting in payment for eligible claimants that week.

The agency said its existing system couldn't handle the requirements of the new benefit group.

“We recognize the critical importance of these benefits for Arizonans who are out of work due to COVID-19,” department Director Tom Betlach said in a statement. “This solution will help get benefits to people faster, with payments being made retroactively for those eligible.”

The department said the benefits being provided to claimants under the federal program established for the pandemic included self-employed people, those seeking part-time employment and those who lacked sufficient work history or who had exhausted their benefits.

The department said the federal guidelines constituted a “brand-new program that is being built from the ground up” that couldn’t be seamlessly integrated with Arizona’s existing system.

Officials said Thursday that the recent surge in reported fatalities likely resulted from a boost in cases weeks ago and should slow because it often takes weeks for patients to die once hospitalized and because hospitalizations appeared to have leveled off.

Of the 266 deaths reported as of Friday, 120 were in Maricopa County, Arizona's most populous county. Other counties with the most deaths include Pima with 74, Coconino with 34 and Navajo with 18, according to the Department of Health Service's website.

For most people, the coronavirus causes mild or moderate symptoms, such as fever and cough that clear up in two to three weeks. For some, especially older adults and people with existing health problems, it can cause more severe illness, including pneumonia, and death. The vast majority of people recover.