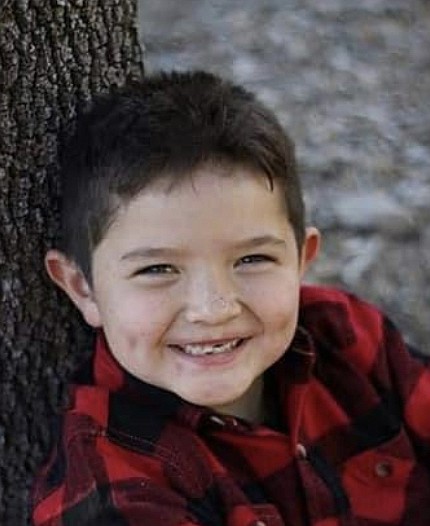 Ashton Cordell Sikman, born July 19, 2008 in Laguna Hills, California, at the Saddleback Memorial Hospital, passed away peacefully on April 21, 2020 with his family by his side at Phoenix Children’s Hospital in Phoenix, Arizona. Ashton was unexpectedly diagnosed on Saturday April 18, 2020 with Acute Myeloid Leukemia and his passing was due to complications of the Leukemia.

Ashton in his short life touched the heart of everyone he came in contact with. He was known for his outgoing, loving “HAPPY” personality. Ashton always wanted everyone “happy and to get along.” Ashton was 11 years old and attended 5th Grade at Smoketree Elementary School, Lake Havasu City, Arizona. Previously Ashton was a student at Cerbat Elementary School in Kingman Arizona, for 3rd and 4th grades. Ashton loved fishing at Site Six and could be found there often. His other interests were LHC Cub Scouts, bowling, wrestling, football, camping, hiking, skateboarding and playing video games with his dog, Maverick. Ashton is missed and forever in the memories of everyone who ever met him. He will certainly be “Forever Fishing with Angels.”

Services for Ashton will be private.