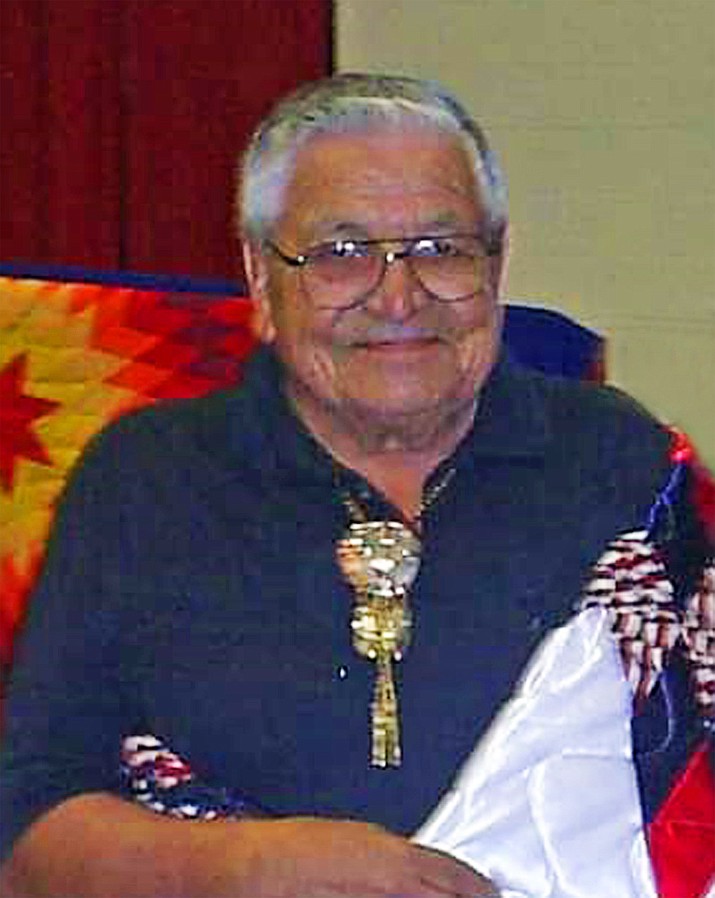 George E. Keller was born March 9, 1931, at Rosebud, South Dakota, to Frank and Olive (Flood) Keller. He grew up in St. Francis and graduated from St. Francis Mission in 1949. He enlisted in the U.S. Navy during the Korean Conflict. Following his honorable discharge in 1955, he enrolled in college at Chadron State Teacher College.

During these years, he met and married his first wife, Mina Marie Connot. This union brought seven children into the world. Mina passed away in 1970 due to complications of child birth. This left George alone to raise seven children by himself – Nancy, Tom, Linda, Richard, Ron, Sandy and Anita. George ended up being a single father to all seven children, ranging from the age of 14 years to the youngest, a newborn.

During his college years, he was a painter and did general construction work. He also worked for law enforcement in Chadron during the latter part of his college career. After graduating from Chadron Teacher College, he landed a teaching job in Ewing, Nebraska. He taught science and U.S. government and became the high school principal.

He next took a position at Flandreau Indian School as a teacher, then in a supervisory role at the dormitory. A position came open in Rosebud and he moved back to the Rosebud Reservation in 1968, where he became the head of the BIA dormitories. Following this position, he served as the CAP (Community Action) Director. He then became the first high school principal for Lower Brule. During the time he lived in Lower Brule, he also taught college extension courses for the University of South Dakota.

George met Marcheta Ann Cook, and they were married in 1973. They had four sons together – Gene, Jeff, Marc and Tim. They moved back to the Rosebud Reservation and George took a position as the BIA superintendent for the Rosebud Agency. He became a career BIA employee and transferred to San Carlos, then to Truxton Canyon Agency, and finished his BIA career in Salt River Agency with 32 years of federal government service time. After retirement, he continued to work in the field of housing, resource development and education. He served the Native American people as a grant writer for the Resource Development Office on the Rosebud Reservation. One of his proudest achievements was securing a veterans’ cemetery on the Rosebud Reservation.

George possessed a Master’s Degree from SDSU and had also taken courses at Haskell and the University of Nebraska. George received his Honorary Doctorate at Sinte Gleska University in May, 2008. He was a very devoted father, husband and provider for all 11 children and his two wives. He faithfully practiced and relied on his Catholic religion.

George was an enrolled member of the Rosebud Sioux Tribe. He was involved in many volunteer projects ranging from coaching, refereeing, serving as a Cub Scout leader, and working in the communities building playgrounds and places for children to play. He was a grandpa, great-grandpa, cousin and uncle to many on the Rosebud Reservation. He never put himself above anyone and always conducted himself in a respectful, professional manner. He lived a very productive life and represented the true meaning of Ikceka Wicasa (common Lakota Man).

He was preceded in death by his first wife, Mina Marie Keller; a son, Thomas Edward Keller; and his parents, Frank and Olive Keller.

Private family services will be held with interment at Black Hills National Cemetery near Sturgis.

Condolences may be sent to the family at www.kinkadefunerals.com.