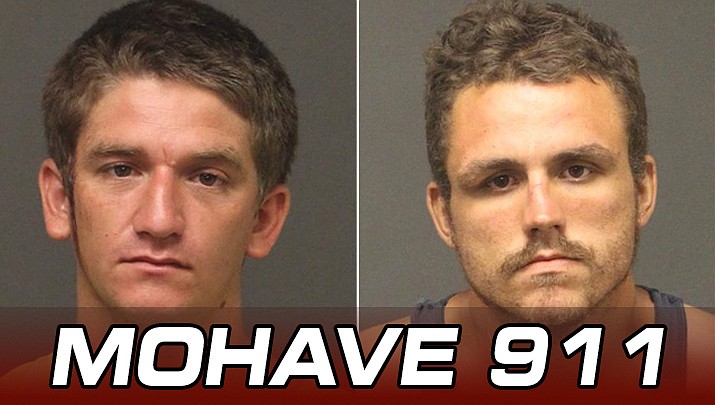 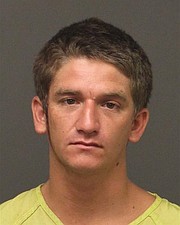 Jacob Michael Kennedy, 23, of Topock, was arrested by Mohave County Sheriff’s Office deputies after reportedly assaulting a woman and discharging a firearm inside a residence on Monday, July 27.

Deputies responded to a residence in the 4500 block of Park Drive at approximately 3 p.m. and observed Kennedy in the driveway yelling at people in the residence, MCSO wrote in a news release. Kennedy was taken into custody after a brief struggle, law enforcement reported.

Deputies reportedly observed two vehicles on the property with broken windows. Inside the residence, deputies said they observed numerous broken items on the floor. Contact was made with the female victim, who advised that Kennedy had been drinking and became upset.

“She reported that he began to break items and stab walls inside the residence,” MCSO wrote. “The victim told deputies that during the incident, Kennedy choked her causing her to fall to the ground.”

She also told deputies that she was nearly shot when Kennedy discharged a firearm in the residence. Detectives reportedly located the weapon and a shell casing inside the home.

Kenney was arrested on suspicion of aggravated assault, criminal damage and disorderly conduct with a weapon, all felonies, and booked into the Mohave County Adult Detention Facility. 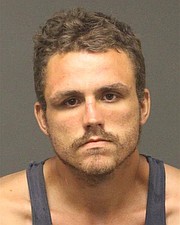 Jacob Patrick Frazell, 26, of Kingman, was arrested by the Mohave County Sheriff’s Office on suspicion of drug-related charges on Wednesday, July 29.

At approximately 1 a.m., deputes contacted Frazell in the area of Swan Drive and Bluebird Lane. A records check showed that he had a felony warrant out of Kingman Justice Court for possession of dangerous drugs and possession of drug paraphernalia, according to MCSO.

Frazell was booked into the Mohave County Adult Detention Facility.