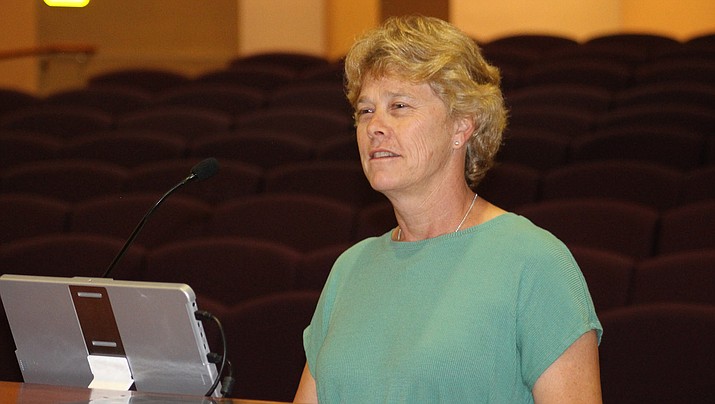 KINGMAN – The Mohave County Supervisors receive three COVID-19 reports daily. But the Mohave County Department of Public Health, which is overwhelmed with work due to an increase in virus cases, would like to limit itself to producing one report per day, MCDPH Director Denise Burley told the board of supervisors on Thursday, July 30.

This way, the information received will be more accurate, with discrepancies and duplications removed, Burley said. She spoke about a number of cases being transferred in and out of the county due to address issues as “part of the process,” and promised that producing just one report a day will result in “cleaner” data.

But county Communication Director Roger Galloway strongly opposed the idea. If implemented, it would slow his work of issuing press releases to the public and the media.

“It’s the opposite of what we should be doing,” he said.

Galloway said the numbers are changing hour-to-hour anyway, so absolute accuracy is impossible. According to him, MCDPH should stick to releasing as much information as they have at the end of their work day, the way they do it now.

County Manager Sam Elters decided that another round of internal discussions between MCDPH and Galloway is needed before the matter is again brought to the board.

Changes are coming, too, to the county’s COVID-19 response webpage, but before changing anything, Supervisor Buster Johnson of District 3 wants to see a demo from the IT Department so that he can “visually see” the changes. He learned that the county is using an interface that already comes with certain limited features.

Finally, IT Department Director Nathan McDaniel agreed to create a demo to be presented to the supervisors at their meeting on Monday, Aug. 3.

Burley also updated the board on the results of the Bullhead City testing events this past weekend by LabCorp.

From 171 tests administered over two days, there were 24 positive COVID-19 cases, Burley reported. Three of those positives were asymptomatic patients, she said.

North County Health Care was responsible for the event and is planning to conduct more testing in the area, but details are not yet known.