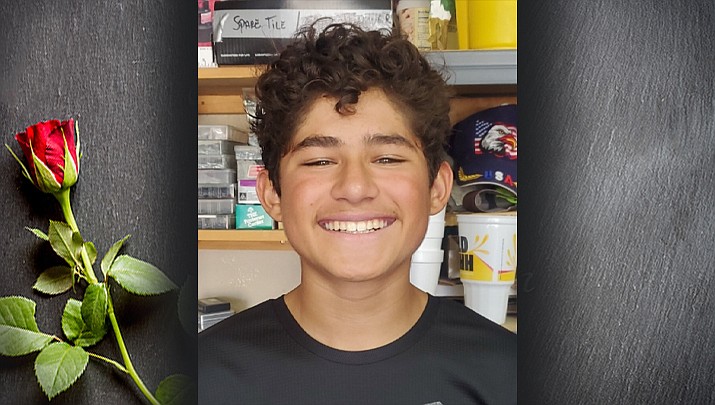 Turo was laid to rest on July 17, 2020 in Beaumont, California. He is survived by his parents, Melissa and Daniel Valdivia; siblings, Lilianna, Daniel and Layla Valdivia, and many family members and friends who love him dearly.

Arthur attended elementary school in Beaumont, where he played football for the Beaumont Cougars. The family later moved to Kingman, Arizona where he continued to play football for the city of Kingman. Shortly after, he began playing baseball, where he took little league, Kingman North, to the All-Stars in 2017. Turo loved riding the trails of Kingman on his dirt bike.

He was a free spirited soul and lived his life to the fullest. His laugh, jokes, pranks, beautiful smile and green eyes are unforgettable and will forever be missed. God called you home with open arms and we will forever hold you in our hearts.