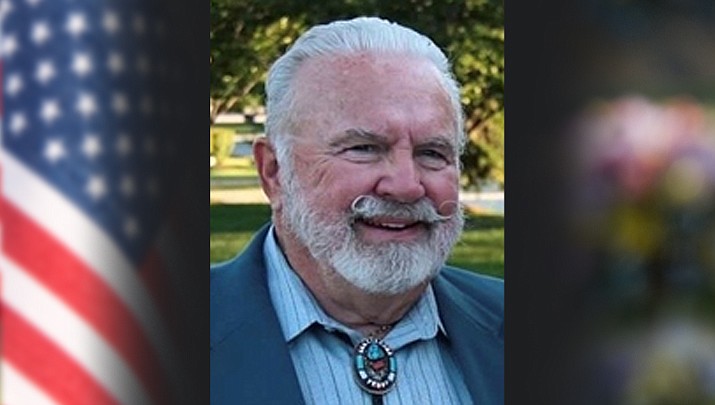 He was born Sept. 10, 1932 in Oak Park, Illinois, the son of Walter and Edith Jones. He graduated from Onarga Military School, Onarga, Illinois in 1950. He joined the Air Force and was a Korean veteran (1950-1954). While in the service he earned his Brown Belt First Degree in Judo. After coming home he married and had two children, including a son, Terry Jones, electrician, IBEW Local 701. He was preceded in death by a daughter, Karen Vacek; his brother, Russ Jones (Darlene); niece and nephews; and stepfather, Colin Campbell, also an electrician with IBEW Local 701.

He was a proud member of IBEW Local 701 for 65 years; a part-time police officer in Glen Ellyn. Illinois; a master mason over 50 years and a life member of the NRA.

He married Gail Stenbeck on Sept. 7, 1990 and became the stepfather of Tracy, Eric and Maria. He retired in 1995 and moved to Kingman, Arizona.

He had a great passion for his red 1800cc Honda motorcycle. He and Gail rode all over the country on their bikes, meeting so many great people and attending motorcycle rallies. He belonged to motorcycle clubs Rt. 66, GWTA, GWRRA, CMA and The Patriot Guard Riders.

His hobby was his LGB trains G scale Steam Locomotives, and Diesel Locomotives – replicas of trains that ran all over the country at one time – in the back yard with towns, houses and sounds.

He attended Grace Lutheran Church and rarely missed a weekend service. He enjoyed his church family.

He enjoyed life to the fullest with his sense of humor, stories, jokes, trivia and teasing.