Fort Mohave man arrested for assault with a deadly weapon 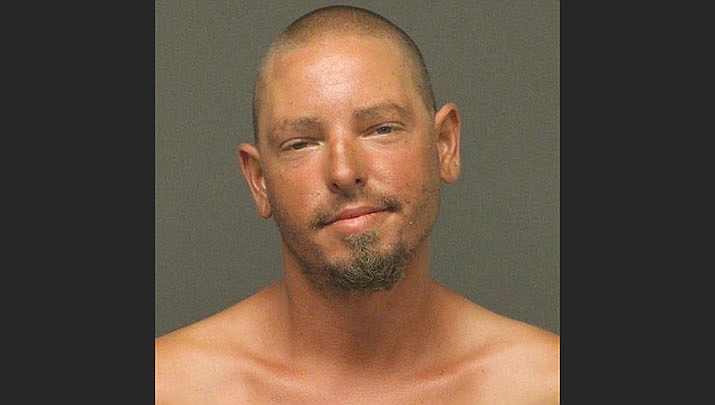 KINGMAN – Christopher John Mauch, 29, of Fort Mohave, was arrested by the Mohave County Sheriff’s Office on Tuesday, Aug. 25 after reportedly holding a handgun to a woman’s head. His arrest required the use of a SWAT team, which deployed a distraction device and a chemical agent.

At approximately 9:30 p.m., deputies responded to a disturbance call at an apartment complex in the 4100 block of S. Lynn Drive. According to an MCSO news release, multiple reporting parties advised that neighbors were outside yelling and fighting. Upon arrival on scene, deputies observed no obvious signs of a disturbance outside.

Deputies made contact with the female victim and a witness, who advised that they had been drinking with the male subject, identified as Mauch, who became belligerent when the female asked him to stop drinking.

The victim claimed that Mauch retrieved a knife and held her against a wall while holding the knife to her neck. She also alleged that Mauch dropped the knife before grabbing a handgun, at which time he allegedly held it to her head before putting the handgun in her mouth. MCSO wrote that Mauch put the weapon down and the victim was able to exit the apartment.

Deputies attempted to contact Mauch at his apartment, but were unsuccessful. Attempts to call Mauch on the phone and over loud speakers saw similar results. MCSO SWAT was activated and again attempted to get Mauch to exit the residence with no success.

A search warrant was obtained and a distraction device and chemical agents were introduced into the apartment, MCSO wrote. A short time later, Mauch exited the apartment and was taken into custody without incident.

When asked about the incident, Mauch reportedly told authorities that he had been drinking alcohol most of the day and did not remember much of what happened.

Mauch was arrested on suspicion of felony aggravated assault with a deadly weapon per domestic violence and misdemeanor threatening/intimidating and disorderly conduct. He was transported to the Mohave County Adult Detention Facility.